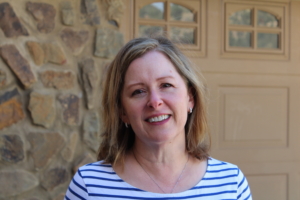 We put women in the title for a very good reason: Often, it is women who get the men in their lives to go to the doctor. I know this is true.

I started writing about prostate cancer in the early 1990s, when I was the editor of a magazine called Hopkins Medical News (now Johns Hopkins Medicine). My husband’s father, Tom Worthington, had just died of prostate cancer at age 53. We had been told not to worry, that it was an “old man’s disease,” slow-growing, something to die “with, not of.” But it had already spread to the spine, and Tom died within six months of his diagnosis. So I made an appointment with the head of urology at Johns Hopkins to find out how this could be. It turns out that this man, Pat Walsh, had invented the nerve-sparing radical prostatectomy, the operation that allowed men to be cured of cancer but not incontinent or impotent after the procedure.

I wrote a feature story about the work he and his colleagues were doing, and more reprints were requested for that than for any article in the history of the magazine, before or since. We figured that there was a great need for information, and we wrote a book. We’re on our fifth book, and our work has been translated into a half-dozen languages.

When we first started writing about prostate cancer, it was before PSA testing became commonplace, before getting a digital rectal exam was part of a yearly physical. But my mother and I made my dad go and get both of those things. He didn’t want to do it; in fact, he hated it, but he went. Two years later, he was diagnosed with prostate cancer, stage Gleason 7 – the last stage before cancer is considered “high-grade” – and Pat Walsh, performed the operation that he had invented, and saved my dad’s life. My dad is alive and well and cancer-free today.

Over the years, I have ghostwritten several health books, including the first editions of Loren Cordain’s Paleo Diet book and The Eye Book: The Complete Guide to Good Vision as You Age for the Johns Hopkins University Press; and Smallpox: The Death of a Disease with D.A. Henderson. I have written thousands of articles for numerous publications, and currently am the writer/editor of Discovery, a
publication for the Brady Urological Institute at Johns Hopkins; Johns Hopkins Urology newsletter; Leap, a magazine for the Division of Rheumatology at Johns Hopkins; and Breakthrough, a magazine for the Johns Hopkins Center for Innovative Medicine. I am also writing a book, The Brady: 100 Years, for the Brady Urological Institute. I wrote commentaries for six years for Marketplace on public radio; I’ve written articles for specialty publications dealing with schizophrenia; neurological and neurosurgical issues; pediatric health; women’s health; cancer; heart disease; autoimmune diseases; and other medical issues.

My heart lies in writing about men’s health. I am a daughter, wife, sister, and mother. I write for patients, and consider my mission to be that of a patient advocate. I don’t write to please doctors or suck up to other science writers. Instead, I write for the typical person who goes to the doctor. For people like my parents, who have both had cancer and heart problems. Maybe, for people like you. Maybe you glaze over when a doctor is explaining something and you need to have something repeated or explained better. Maybe you’re so ticked off by all the paperwork and insurance that you didn’t pay attention to what was being said in the examining room. Maybe there’s stuff out there that you need to know, and you haven’t heard it yet. Whatever the case, you need information you can trust, told in an easy-to-understand way. I started this blog because it gives me a chance to interpret what I’ve been writing about, to talk about it with the people who could benefit from it the most.

It is not easy to come up with a domain name these days. I tried so many different combinations of names and phrases, and they were all taken. So I had to get creative.

Vital – well, that’s easy; if you are vital you are full of life, and vigor, and energy, and health. Jake – that’s easy, too. Jake was the greatest dog ever. My husband, Mark, and I adopted him from the mean streets of East Baltimore, when I worked as the editor of Hopkins Medical News magazine and Mark did his internship and residency in internal medicine and fellowships in gastroenterology and molecular biology at Johns Hopkins Hospital. Jake was probably around three years old when we got him – a big, tough-looking mix of Black Lab and German Shepherd, with the proverbial heart of gold. We don’t know how old Jake was when he died, but he was at least 16. All his life, although Jake was as noble and gentle as you could imagine with us and our kids, and with patients at the nursing home where we went as volunteers for Pets on Wheels, he never took any guff from any dog, no matter what size. Even at the end of his life, when he had terrible arthritis in his back legs, he didn’t let that stop him. On the strength of his powerful front legs, he would charge across the field to the neighbor’s fenced-in yard, where there were four dogs, all bigger than he was, including a giant Great Pyrenees. Then, every day, he would poop through the fence! We were so proud of him. The neighbor was so proud of him, too. So, this is what I hope for you: vitality and strength. A sense of humor never hurts, either.  Speaking of humor, I have another blog: janetfarrarworthington.com.  That one is different; mainly just funny observations about life.