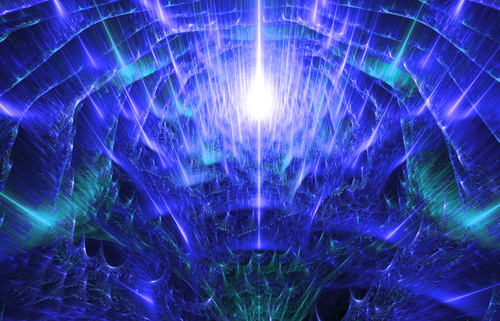 If you’re struggling with ED, you may be wondering whether the latest miracle cure is actually a miracle cure.  You’re right to wonder.  The world of treatment for erectile dysfunction (ED) is complicated; add in emotional stuff like frustration and hope, and it can be even tougher to figure out what to do.  And here’s this new approach that’s making – well, waves.  It’s called shockwave therapy.  You may have seen ads for it on TV or the internet.

Maybe shockwave therapy deserves all the hype it’s been getting, and maybe it doesn’t:  more comprehensive research is needed, and it has not been approved by the Food and Drug Administration (FDA) as a treatment for ED.

The good news:  shockwave therapy is noninvasive, doesn’t require pills or pumps or injections, and it doesn’t seem to cause any harm.

However:  Despite what the enthusiastic commercials and Youtube videos say, it’s not clear how well shockwave therapy works for ED.   It’s also not clear which men would benefit the most; doctors can’t give percentages of real success yet, nor can they predict how long the treatment’s effects will last.  However, “the suggestion that it works on everybody is highly questionable,” says Johns Hopkins neuro-urologist and Professor Arthur Burnett, M.D.  I have worked with Arthur Burnett for more than 25 years, at Johns Hopkins, here at VJ, on various editions of the book and most recently, as part of my work writing for the Prostate Cancer Foundation’s website.   For all that time, he has been not only a world-renowned investigator authority on the science and medicine of ED, including ED after surgery or radiation for localized prostate cancer; he’s been a voice of reason and hope for thousands of men.

Burnett is also part of a panel for the Sexual Medicine Society of North America (SMSNA) that released a position statement in March 2019, cautioning men about shockwave therapy and other new treatments for ED that aren’t FDA-approved.  The statement also mentioned stem cell therapy, platelet-rich plasma (also called the “P shot,” or Priapus shot), and even amniotic fluid.  Without FDA approval, the SMSNA states, “the use of any novel therapy is considered off-label.”

And yet, despite the lack of definitive medical evidence supporting its use, Burnett says, shockwave therapy is “being heavily advertised, a lot of urologists are very interested in this, and it’s caught on in a big way in South America and Asia as a treatment option for ED.”  In the U.S., shockwave therapy is being offered by a growing number of urologists, particularly in Florida.

What is it, exactly?   It’s low-intensity, extracorporeal shockwave therapy (Li-ESWT), “a machine that delivers acoustic signals and a shock to tissue, much like the lithotripsy machines used to treat kidney stones.”  The idea, Burnett says, is that “you can generate a mechanical energy effect on tissues, and have a potential benefit – stimulating angiogenesis (the growth of new blood vessels) in the penis, and stimulate local chemical factors in the tissues – growth factors, paracrine signaling (cell-to-cell communication), maybe even somehow activating stem cells.”

In other areas of medicine, shockwave therapy is used to treat problems ranging from diabetic foot ulcers to heart disease.   And “for the past few years, in the world of sexual medicine, there have been some studies and literature reports presented at national meetings on the potential role of this therapy in men with ED,” says Burnett.  “There’s a lot of buzz.”

The problem:  “It’s very controversial.”  Does it work? “That’s the big question.  There may be some evidence of a short-term benefit, probably in men with mild to moderate ED.  But the treatment settings, the outcomes – it all remains investigational.”

You might not get that bit of information from the commercials on TV and the internet.  “The ads are out there.  Doctors are buying these machines, saying, ‘Plop down your $2,500, and we’ll treat you.’”

In theory, shockwave therapy is “potentially restorative,” says Burnett, in that it “might regenerate erectile tissues.”  In animal models, shockwave therapy has shown some success.  However, he notes, “there is a lack of clinical trial evidence to support its effectiveness and long-term safety” in men with ED.   No study has determined the basic parameters: energy dosage, frequency, or duration of treatment.

Who knows?  It may turn out to be great — but again, probably not for everybody.  Shockwave therapy is “potentially an exciting new therapy in the world of ED management,” Burnett continues.  “But the best patients to expect a benefit from this have not been fully well-defined. The long-term success remains uncertain. People are thinking this is some sort of fountain of youth, or magical cure to correct their ED, but that has not yet been proven.”

What about ED after prostate cancer surgery?  The men most likely to be helped by shockwave therapy after prostatectomy are also the men who are most likely to benefit from pills such as Viagra: younger men whose erectile nerves have been spared, who don’t have cardiovascular problems or other diseases, such as diabetes, that can affect either blood flow or nerve function, or both.  “Men with more severe ED, men with significant diabetic or vascular disease-related ED, men who have very poor or nonexistent responses to the pills, probably won’t benefit from it.  These men should look at other therapies – the vacuum device, penile injections, or penile prosthesis surgery.

“The real truth is that we just don’t understand who should be using this. It seems safe; there are no obvious concerns about men having complications with it.  But patients should be informed that this may not be successful, and that it’s expensive.  To say, ‘Try it, because it might work for you, even though you already had ED before your radical prostatectomy,’ creates a false hope, and that’s not good.”

Burnett and colleagues on the SMSNA concluded that until there is FDA approval, the use of shockwaves or any restorative therapies for the treatment of ED “is experimental, and should be conducted under research protocols in compliance with Institutional Review Board approval.”  Men considering such therapies should be fully informed “regarding the potential benefits and risks. Finally, the SMSNA advocates that patients involved in these clinical trials should not incur more than basic research costs for their participation.”