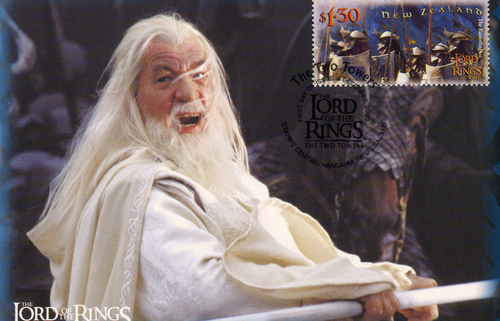 Imagine looking at a very young Ian McKellen, the knighted British actor, and thinking, “Half a century from now, if they ever film the Lord of the Rings trilogy, he could be the best Gandalf ever!”

That kind of vision is rare – but scientist Neil Bander, M.D., has it.  Nearly three decades ago, Bander, now Director of Urological Oncology Research at Weill Cornell, saw the potential of a newly discovered molecule called PSMA to be used in two ways:  for imaging and also for precisely targeted treatment of prostate cancer.  Over the last few years, both aspects of his vision have been coming true – in clinical trials and newly in practice in the U.S., and in practice in Europe, Australia, South Africa and elsewhere – for a growing number of men with prostate cancer.

You’re going to be hearing a lot more about PSMA, a protein that sits on the surface of 95 percent of prostate cancer cells, and about strategies for targeting it.  One of the most promising tactics involves an antibody developed by Bander and colleagues, and it is no exaggeration to say that without funding from the Prostate Cancer Foundation (PCF, which has invested $28 million into PSMA-targeting research over the last nearly 30 years), the antibody wouldn’t be nearly as far along as it is today.   Briefly, here’s how it came to be:

The late 1980s-early 1990s saw the dawn of monoclonal antibodies, lab-developed clones of B cells that make antibodies designed to zero in on one specific target, like molecular homing pigeons.  Scientists studying cancer were using this technology like gangbusters, “trying to find tumor-specific antigens on cancer cells that could be a way to distinguish cancer cells from normal cells at the molecular level,” says Bander.  (An antigen is a foreign substance, like a toxin, bacteria, or cancer; when the body detects it, the immune system makes a very specific antibody to identify and kill this intruder.)  The hope, if they could find a way to target just cancer, and not normal cells, was to develop more precise treatment – unlike systemic chemotherapy, which takes a toll on the rest of the body.

In 1987, a urologist named Gerald Murphy, who directed the Roswell Park Memorial Institute for cancer research and treatment – and who developed the original PSA test –made a monoclonal antibody, called 7E-11. “Not much happened with that antibody until 1993, when a group at Memorial Sloan Kettering Cancer Center, headed by Skip Heston, used Murphy’s antibody as a way to clone the gene for the antigen that was detected by the antibody,” says Bander.  “When they cloned the gene, their analysis indicated that it was very specific for prostate cancer.  They also found it was actually present in the cell membrane of prostate cancer cells,” and called it PSMA, for prostate-specific membrane antigen.

Soon afterward, Bander received PCF funding to develop antibodies that were specific to prostate cancer cells.  He studied 7E-11, and realized that “if you were looking to target PSMA, this antibody had a significant flaw:  it binds to a part of the PSMA protein that is inside the cell membrane, a site that antibodies can’t readily reach.  In fact, the 7E-11 antibody could only bind to dead prostate cancer cells.   But fortunately, PSMA spans the cell membrane; a short region of it is inside the cell, another region traverses the membrane, and the largest part of the molecule is outside the cell.  Because the antibody is administered through the bloodstream, he notes, “the only thing it sees is what’s on the outside of the cell.  We set out to make a series of antibodies to the part of the molecule that’s on the outside.  A few other groups, including Skip Heston’s group, also set out to do the same thing.  We happened to get there first.”

In 1997, Bander and colleagues published in Cancer Research their development of four antibodies, the first antibodies that could stick to the part of PSMA on the outside of the cell, and the first antibodies that could attach to living prostate cancer cells.  Their most promising antibody was called J591.  Over the next few years, “we did a pretty thorough analysis of these antibodies – where they bound on PSMA and how specific they were for prostate cancer cells vs. normal tissues.”  Then, “because our goal from the outset was to develop this into a therapeutic,” they “humanized” it, genetically re-engineering it from a mouse-derived antibody into a sequence that the human body would not see as a foreign protein.

And, they found, the amount of PSMA on the cell surface is affected by male hormones (androgens).  In fact, “when you put a patient on hormonal therapy (androgen deprivation therapy, ADT) you actually upregulate the amount of PSMA on the cell surface by five- to ten-fold.”  The result is “enormous amounts of PSMA sitting on the surface of prostate cancer cells.”  So in effect, ADT, the mainstay of treatment for advanced prostate cancer, makes the bullseye on the cancer cell bigger:  on a tiny scale, from the size of a golf ball to that of a three-foot-wide crater!

But wait!  There’s more!  Bander’s team looked at other types of cancers, and found that the blood supply in almost every other type of solid tumor was PSMA-positive!   For example, a kidney tumor itself does not make PSMA – but its blood supply sure does.  In fact, “the blood supply is pretty strongly PSMA-positive.  We were surprised by this,” but the finding was independently noted by the Heston group.  “We did not and still do not understand why that is the case, but this means a PSMA-targeted drug is potentially useful not just in prostate cancer, but in other types of cancer, where the approach could be to basically eliminate the blood supply to the tumor.  We’ve done some clinical trials to show that this is a real possibility.”

Coming up soon: we’ve talked all around the subject of killing prostate cancer by targeting PSMA.  Now how, exactly, does that work?