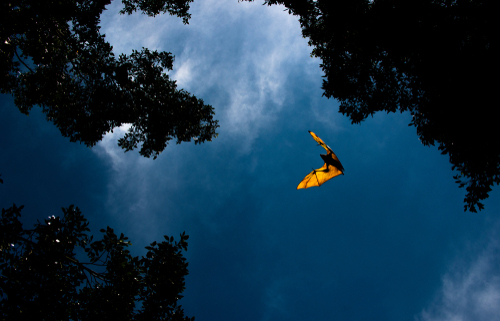 BAT: The Opposite of Conventional Wisdom

Could the flat-out opposite of conventional wisdom prove to be effective against metastatic prostate cancer?

Androgen deprivation therapy (ADT) has been the bedrock of treatment for advanced prostate cancer for more than half a century.  But investigators at Johns Hopkins are rethinking it – in a way that sounds counterintuitive – and driving new approaches to tackle treatment resistance.  They’re discovering that shaking up prostate cancer with high-dose testosterone makes it more vulnerable to other treatments.

ADT slows prostate cancer’s progress by shutting off testosterone.  Eventually, however, cancer adapts to this new environment and PSA levels start to rise; this stage is called castrate-resistant prostate cancer (CRPC).  ADT is not a curative treatment, and long-term ADT causes significant side effects, including fatigue, hot flashes, weight gain, and loss of sexual function.

Several years ago, medical oncologist Samuel Denmeade, M.D., Co-Director of the Johns Hopkins Prostate Cancer Program, and colleagues came up with a remarkable concept for attacking prostate cancer: alternating ADT with high-dose testosterone.  I have interviewed Denmeade several times over the years for Johns Hopkins publications, and recently I was lucky enough to talk to him in-depth for the Prostate Cancer Foundation’s website.

“It had been known for a long time that something weird happens when you give testosterone to prostate cancer cells,” says Denmeade.  “With low doses you can get the cancer cells to grow,” which nobody wants.  “But plenty of reports said that paradoxically, at high doses the cancer cells don’t grow as well, or they die.  Even Charles Huggins, who won the Nobel Prize for discovering hormonal therapy, said in his Nobel acceptance speech (see below) that another way to kill cancer would be to give too much hormone.  I was always interested in that idea.”

About 10 years ago, Denmeade conducted a small study at Hopkins to test the concept of using testosterone against prostate cancer.  “At the time, it seemed like all the data and literature suggested that the dose was really important; it had to be a high dose.”  The hypothesis:  Prostate cancer cells adjust to a very low-testosterone environment (created by ADT) by making very high levels of the androgen receptor (AR).  And here, as he says, “too much of a bad thing can be a good thing.”  These high levels of the AR now make cancer vulnerable to very high levels of testosterone.  Cancer cells that survive this respond to high-dose testosterone by turning the AR back down – and making the cancer once again susceptible to very low testosterone.”

The idea is “to screw up the cancer cell’s ability to adapt.”  Denmeade and colleagues coined the term, Bipolar Androgen Therapy (BAT), “to capture these polar extremes of very high and very low.  Not just making the testosterone high, but cycling between high and low.”  It’s this cycling that seems to be the key to keeping the cancer off-balance, slowing its ability to flourish.  In BAT, men experience high testosterone levels that decrease over a 28-day period, then bounce back up with the next testosterone injection.

In that early study, of just a handful of patients, “we were very cautious, because we didn’t want to make the disease worse.  We built in all these safety parameters.  But we were surprised:  it didn’t seem we made anybody worse.  It seemed very safe.  The patients did very well, and some of them stayed on the testosterone for a year or more.  Most of them felt really good.  A number of them did not want to come off of it when it seemed they were progressing:  they were just so happy to have more energy, and some of them could have sex again.”

Armed with this initial clinical data to show that BAT was safe and to show some response, Denmeade received funding for additional proof-of-concept studies from PCF, among other sources. Larger studies at Johns Hopkins have followed, including RESTORE, TRANSFORMER, and COMBAT.  Other trials testing this concept have been completed or are under way at the University of Washington, University of Colorado, and in Australia, Brazil, and the Netherlands.

Next:  How BAT Works

“Certain cancers are hormone-dependent and these cells die when supporting hormones are eliminated.  Certain cancers succumb when large amounts of hormones are administered.”–Urologist Charles Huggins, M.D., whose discoveries led to hormonal therapy for cancer and earned him the 1966 Nobel Prize for Physiology and Medicine, shared jointly with virologist Peyton Rous.

How BAT Works
Scroll to top