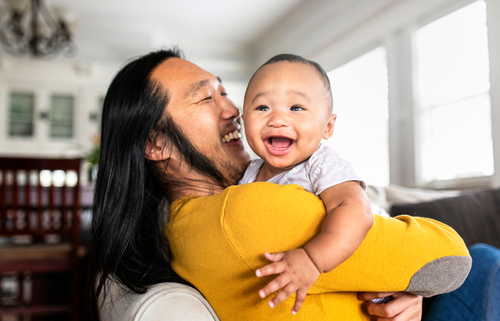 Prostate MRI’s ability to show what’s happening in the prostate is already transforming how prostate biopsies are done.  Will it change treatment for prostate cancer, as well?

Radiologist Peter Choyke, M.D., believes it will.  He is Senior Investigator and Director of the National Cancer Institute’s Molecular Imaging Branch, and I recently interviewed him for the Prostate Cancer Foundation’s website.  He gave me some good examples of what MRI is already doing, and what’s on the horizon:

Active surveillance:  “You can monitor patients on active surveillance with MRI,” says Choyke, but there’s a caveat:  “What you’ll typically see is not much change over two to three years.  But if you do biopsies over time, it’s not uncommon to see grade migrations, like Gleason 6 to Gleason 7, with no visible change on the MRI.”  Is that a significant change for the patient?  Does that mean that active surveillance has to stop and the man needs treatment right away?  “As far as I can see, there’s no right answer.  A lot of people are trying to substitute MRI for biopsies.  The danger there is that you will miss patients who are converting from Gleason 6 to 7.  Just because the MRI is unchanged doesn’t mean the histology (what’s happening within the cancer) is unchanged; that’s not a good assumption.”  Choyke suspects that MRI changes actually reflect growth of the tumor, “and are related to the number of cancer cells that are present – which is a really good index of how aggressive the tumor is.  If there are more cells, that’s a bad sign.  But if the cells are about the same in number, that’s not such a bad sign.”

On the horizon:  Local treatment for prostate cancer:  MRI-guided treatments are being tested in clinical trials at the NIH and elsewhere.  The idea here is that MRI is getting so good, it may be able to provide a roadmap for treatment within the prostate.  Instead of removing or irradiating the entire gland, “we have a few protocols where we are trying to treat the lesions that we see on MRI.”  One approach is focal therapy, with MR-guided laser ablation “just to the lesion.”  If this works, there are some big advantages:  “We could significantly reduce the side effects from surgery and radiation,” says Choyke.  “We’re also very interested in, and are about to open enrollment for a trial of, local deposition of anti-androgen therapy – essentially putting androgen deprivation therapy (ADT) directly into the spot of cancer seen on the MRI – so the patient doesn’t have to undergo systemic ADT while receiving radiation therapy.”  Unlike, say, taking Bicalutimide by mouth, which affects the entire body, a micro-dose of Bicalutimide within the prostate tumor “only goes a certain distance before it’s washed away, and it’s in such a low concentration that the systemic effect is negligible.”   This will be tested in men with localized, intermediate-grade cancer, “where ADT is useful but not mandatory,” Choyke adds.  “There may come a time when this can be advanced to higher-grade tumors.”

Another trial in the works will test MR-targeted focal radiation.  “We’re very excited about this because with radiation, you can really do dose painting.  With a laser, you either kill or you don’t kill; you either burn it or you don’t burn it.  But with radiation, you can taper the dose around the edges of a tumor, where there’s a large expectation of cancer.  That’s good for the patient, because you’re not giving the same dose throughout and irradiating things that don’t need to be irradiated, like the rectum, urethra, or bladder base.”  This trial is “awaiting good planning software,” to help plot precisely where and how much the dose should be.

But much more testing is needed.  “First, do no harm.”  If it turns out that “we can treat the cancer successfully without a lot of side effects, that’s a good outcome.  All of that is enabled by the MRI providing the spatial information to direct these therapies.”

Artificial intelligence and MRI:  “We have a very good correlation between what’s on the MRI and the actual pathology of the radical prostatectomy specimen,” says Choyke.  “We have thousands of cases where we’ve compared the pathology to the MRI.  So now, with pretty good accuracy, we can predict the pathology from the MRI.”

But sometimes, MRI can’t see every bit of a tumor.  Sometimes normal tissue is interspersed with cancer, “at the resolution that MRI can’t detect; cancer is sort of hidden in all that normal tissue.”  Sometimes, tumors have stroma (noncancerous connective tissue cells), that masks the cancer cells.  And then there are some higher-grade tumors that simply don’t show up on MRI.  “In our studies, it’s 5 percent, but I’ve seen it as high as 15 percent of patients with intermediate or high-grade disease who have negative MRIs.  We’re looking to see whether artificial intelligence (AI) can pull out these lesions that the human eye can’t detect.”  No one knows why this is; under the microscope, “the pathology of those lesions doesn’t look that different.

“You’d think by now we would understand this very well,” but because the vast majority of tumors do show up on MRI, “it’s hard to accumulate enough cases to make bold statements about what’s going on.  We are continuing to look at it – so stand by for more information!”

This is part3 of 3 stories on MRI, MRI’s role in cancer screening, and MRI’s potential use in treatment.