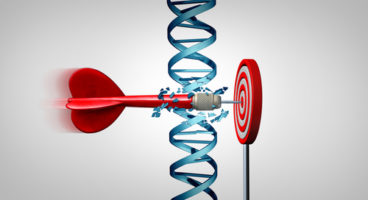 In a matter of weeks, Mark Meerschaert went from being an athlete to someone who could barely walk; metastatic prostate cancer had come from nowhere and spread like wildfire throughout his body.

A highly respected mathematics professor and researcher – the kind who fills up the blackboard in his classroom with labyrinthine calculations to answer questions of probability, statistics, physics and the like – he did what he does best: looked at the numbers. Men with widespread prostate cancer that is not responding very well to standard-of-care treatment don’t live very long.

So then Mark did what I hope everyone with a challenging diagnosis will do: He became his own advocate. He did some research and found a different doctor, Heather Cheng, M.D., Ph.D., a medical oncologist at the Seattle Cancer Care Alliance, University of Washington School of Medicine and Fred Hutchinson Cancer Research Center. She also started the world’s first prostate cancer genetics clinic.

It turns out that Mark has a mutated gene that runs in his family. It’s called BRCA2, and when it is not working as it should, it’s more notorious for increasing the risk of breast and ovarian cancer; recently, scientists discovered that it increases the risk of prostate cancer, too.

Because of Mark’s bad copy of BRCA2, Cheng immediately focused on this gene and suggested a very different type of treatment – off-label use of a drug called olaparib, currently approved by the FDA to treat ovarian cancer. Olaparib is a PARP inhibitor; basically, it blocks a protein that cancer cells need to repair themselves, and has worked especially well in people with defects in the BRCA2 gene. Olaparib and other PARP inhibitors such as rucaparib and niraparib are currently being studied in clinical trials for prostate cancer patients.

I want to pause here just for a moment to make two points. First, among the many very smart things Cheng did was to get genetic sequencing of tissue from Mark’s metastatic cancer.   This is because cancer can change over time. We’ll talk more about this in a minute, but if you have metastatic cancer, there may be different mutated genes than in the younger cancer that was originally diagnosed from the needle biopsy of your prostate. This matters because there may be a new medicine that works well with your particular mutated gene or genes. The other really important point is that, because these new drugs are so specific, they don’t work for everybody. One drug might only help a small percentage of men. But another new drug might help a different small percentage, and a third new drug might target still another small percentage – and you might fit into one of those groups. So take heart! There are entirely new drugs being developed.

“She said, ‘Let’s try something else,’” Mark recalls. Cheng told him that the medicine may take a few months to kick in fully. “I started olaparib in October of 2016. At the end of 2016, we did a bone scan, and saw that there was cancer all over the place: my ribs, hips, legs – I can’t remember all the places – some lymph nodes. One day, I walked my dog, and I had to sit down,” right in the middle of the walk, “and rest for 20 minutes.”   That fall, Mark – on the faculty in the Department of Statistics and Probability at Michigan State University in East Lansing – organized a conference.   He was the moderator, and was supposed to stand up for five minutes between talks and moderate discussions. “I couldn’t stand up for five minutes.”

He used a cane, then a walker, then a wheelchair. He took a leave of absence from his job. Now he is looking forward to going to work. “The great thing is,” starting early in 2017, “I just slowly started to feel better and better,” he says. “At some point, I said, ‘Maybe I can go for a walk again. I had a little numbness in my foot, but I said, ‘I’m going to keep walking,’ so I did. I walk my dog every day, a couple of miles. Now even the numbness is gone.

“In the last six months, I’ve gone from shockingly, disastrously ill to feeling – I’m still cautious, still waiting for the other shoe to drop; nobody knows how long this is going to work,” Mark told me when I interviewed him for the Prostate Cancer Foundation’s website, pcf.org. “There’s no data on people like me. Now I feel great.”

Mark is one of the pioneers of gene-targeted treatment for prostate cancer – medicine that, as Cheng explains, “is tailored to the weakness of his cancer resulting from a specific gene mistake in that cancer, rather than just treating it the same as all prostate cancers.” In other words, treating the gene, not the cancer.

“I knew that I was BRCA2 positive before I was diagnosed with prostate cancer,” he says; after his brother was diagnosed with breast cancer, several members of Mark’s family got genetic testing. But he never expected to get prostate cancer. In fact, although Mark had gotten a PSA test every year, he had stopped. “My doctor said, ‘We don’t need to do PSAs.’ For two years I didn’t get a PSA.”

Mark believes the policy of not screening men – which recently was revised – because of a fear of overtreatment is misguided. “A PSA costs almost nothing. To me it’s a misreading of the statistics,” somehow saying it’s worse for some men to get unnecessary biopsies than for other men to miss their shot at an early cancer diagnosis.

In 2013, Mark developed some urinary symptoms and went to see a urologist. Cancer was found.  Around this time, he received some bombshell news: “My dad had prostate cancer. But I never knew that until after I was diagnosed. Had I known, I would have kept PSA screening.” Mark’s father had been treated for prostate cancer when Mark was away in college, and his parents never said a word. “I’m a big fan of sharing knowledge with your family, even though it might be a little embarrassing. You might not feel comfortable talking to your kids about things like impotence, but they really need to know.”

Mark underwent external-beam radiation therapy and a two-year course of androgen deprivation therapy (ADT), which ended in March 2016. “By July of 2016, something just felt a little off. I went to see a urologist. He said, ‘I don’t think it’s anything to worry about, I saw something kind of weird, so I sent it off for a biopsy.’ It came back as high-grade cancer,” Gleason 9. The prostate cancer had come back with a vengeance.

Genetic tumor sequencing: When Mark went to the Seattle Cancer Care Alliance, “they got the tissue from last July and sequenced it.” As Cheng suspected, the genetic makeup of the cancer in Mark’s first prostate biopsy in 2013 was not the same as the tissue removed in 2016, after the cancer had time to mutate and become more dangerous. “They found out that I have the BRCA2 mutation in one of the two copies in my germline, but in the metastatic cancer cells, it was mutated in both copies.

“Dr. Cheng said, ‘Your cancer is very aggressive, but that might work in your favor going the other way.’ That turned out to be absolutely correct. It got bad really fast, and it got better really fast.” He is still taking the olaparib. “I guess I’ll keep taking it as long as it works.   The question is, what happens next?

“I’m very interested in things like the five-year survival rate for people like me. Nobody knows. They’ve only been using this since 2015, and the studies were on ovarian cancer.”

So there are no guarantees. However, Mark says, “I can deal with that. I do feel like this is something pretty remarkable. My God, what if this had happened five years ago?”

Update:  I wrote this in 2017.  It is now 2021, and I just learned that Mark passed away in August 2020.  I don’t know any of the details, but the obituary said “after a courageous battle with cancer.”  I can only assume that the prostate cancer came back, although it’s possible it could have been a different cancer linked to a BRCA mutation.  If Mark had gotten this treatment today, and the cancer had come back, it might have been possible to hit it from another angle with PSMA-targeted treatment.  I am just devastated to hear this.  He was an inspiration to many.

ADT and Prostate Cancer: Who Really Needs It?
Scroll to top