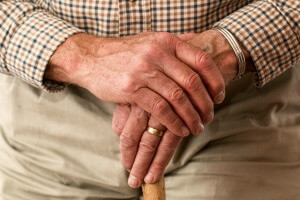 We are living longer, and 75 is not the ripe old age it used to be.  But it’s a cutoff age for PSA screening – and this is missing cancer in men who really need to be treated, say Brady investigators.  “There is increasing evidence that this age-based approach is significantly flawed,” says Johns Hopkins urologist Patrick C. Walsh, M.D.  Walsh and I have written several books on prostate cancer, and this new information is being added to the upcoming 4th edition of our book, Dr. Patrick Walsh’s Guide to Surviving Prostate Cancer, which we’re writing now. The U.S. Preventive Services Task Force recommends against screening for men over 75.  “There’s no question that there has been overtreatment of prostate cancer,” says urologist Tosoian. “However, that is getting better; more men are taking part in active surveillance programs, and we are much better at interpreting PSA and other biomarkers to rule out aggressive disease.”

But PSA can’t be interpreted if a man doesn’t get his PSA tested.  Population studies have shown that “men diagnosed at 75 years or older account for 48 percent of metastatic cancers and 53 percent of prostate cancer deaths, despite representing only 26 percent of the overall population,” says Tran, clinical director of Radiation Oncology and Molecular Radiation Sciences at Hopkins.

Why are older men more likely to die from prostate cancer?  To find out, the team studied 274 men over age 75 who underwent radiation therapy for prostate cancer. “We found that men who underwent PSA testing were significantly less likely to be diagnosed with high-risk prostate cancer, and that men with either no PSA testing or incomplete testing (either a change in PSA was not followed up, or a biopsy was not performed when it was indicated); had more than a three-fold higher risk of having high-risk disease at diagnosis, when adjusted for other clinical risk factors,” says Tran.

Although this was a small study and more research is needed, Walsh says, “we believe that PSA screening should be considered in very healthy older men.”

Hope for the Future:  An Engineered Bladder
Scroll to top