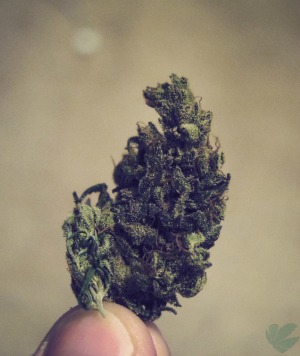 Before we start this discussion, please hear these words:  this is not about your right to smoke marijuana.  I don’t care if you spend every waking moment high as a kite, as long as you don’t operate heavy machinery or endanger anyone else.  I do not care.  That’s not my business.

However, I’m worried about your brain, because scientists are worried about it.  I also worry that some states have gotten so caught up in the political correctness of marijuana that they have fast-tracked legalizing it without fully understanding the science of what it does, and the biggest thing it does is reduce the circulation to every cell in your body, including the brain.  New studies have linked using marijuana to a higher risk of dementia, depression, and even schizophrenia.

Get to Know Your Hippocampus!

Actually, there are two of these in the brain, so technically it’s “hippocampi.”  There’s one on the right side, and one on the left, roughly over each ear, about an inch and a half inside your head.

Now, within the hippocampus, there are different compartments.  One handles spatial memories; in fact, when scientists studied London cab drivers, who have to commit the intricate labyrinth of 500-year-old city streets largely to memory, they found a connection to growth in the rear part of the hippocampus. The hippocampus is where, when you sleep, you process all the stuff you saw and felt during the day, and then you ship it off to your brain’s equivalent of the warehouse where they put the Ark of the Covenant after Indiana Jones found it – long-term memory.  The hippocampus is the triage area.  It’s short-term memory we’re talking about here, people.

So, what happens when the hippocampus is damaged?  Well, autopsy studies of people with amnesia have shown damage to the hippocampus.  Damage here is linked to problems remembering names and events.  Dates, too.

Cell degeneration in the hippocampus is connected to the onset of Alzheimer’s.

Marijuana causes abnormally low blood flow to virtually every part of your brain.  In a study published in the Jan. 12, 2017, issue of the Journal of Alzheimer’s Disease, scientists at Amen Clinics in California looked at the brains of more than 26,000 patients at American neuropsychiatric clinics between 1995 and 2005.  Of these, nearly 1,000 were pot smokers.

All of the marijuana users had abnormal blood levels in the brain, particularly in the same regions of the brain affected by Alzheimer’s, namely the hippocampus.  They used SPECT imaging to show the brains of marijuana users compared to controls (people who did not smoke pot), and the difference was striking.   Every single pot smoker had “significantly lower blood flow” in the right hippocampus compared to the controls.  Even the investigators were surprised.  Lantie Elisabeth Jorandby, a psychiatrist and one of the study’s co-authors, said when the paper came out, “What struck me was not only the global reduction in blood flow in the marijuana users’ brains but that the hippocampus was the most affected region, due to its role in memory and Alzheimer’s disease.  Our research has proven that marijuana users have lower cerebral blood flow than non-users.”  The study’s authors concluded, “The most predictive region distinguishing marijuana users from healthy controls, the hippocampus, is a key target of Alzheimer’s disease pathology.  This study raises the possibility of deleterious (harmful) brain effects of marijuana use.”

In a blog post (http://www.amenclinics.com/blog/amen-research-marijuana-affects-blood-flow-brain/) the study’s authors talk about their findings.  There are also images of two brains (one from a marijuana user, and one from the control group) and it’s kind of like looking at a fresh piece of fruit vs. one that’s been in a dehydrator and put into some trail mix.  “Our research demonstrates that marijuana can have significant negative effects on brain function,” the investigators wrote.  “The media has given the general impression that marijuana is a safe recreational drug, this research directly challenges that notion.  Several studies of perfusion imaging in marijuana users have shown similar results compared to ours. A small … PET study in a sample of 12 marijuana users used a randomized clinical trial design to examine brain perfusion before and after marijuana use. The study results found frontal, temporal and occipital lobe hypo-perfusion (lower than normal blood flow) – all findings concordant with our study.”

In previous posts here at Vital Jake, we have talked about the importance of cerebrovascular health in preventing dementia.  Good blood flow to the brain is really important.  Trust me, you want good circulation up there, and there are ways to do this, which we’ve talked about in previous posts.   If you exercise and eat right and do all the things that have been proven to help reduce your risk of dementia – and then smoke pot, you might be wasting all that effort.

In a landmark report released by the National Academies of Sciences, Engineering, and Medicine, scientists said what we don’t know about marijuana “poses a public health risk.”  And yet, 28 states and Washington, D.C., have legalized marijuana for medical use, and eight states and D.C. have legalized it for recreational use.

The report also said there is strong evidence to link using marijuana to the likelihood of developing schizophrenia and other causes of psychosis, with the highest risk among the most frequent users.

The Royal College of Psychiatrists issued a statement that says, “There is growing evidence that people with serious mental illness, including depression and psychosis, are more likely to use cannabis or have used it for long periods of time in the past.  Regular use of the drug has appeared to double the risk of developing a psychotic episode or long-term schizophrenia.”

Now, you may wonder, does marijuana actually cause these problems, or are people who are prone to depression and/or schizophrenia trying to self-medicate, to find some relief of their symptoms?  That’s a reasonable question.

It appears that marijuana is more likely to be the cause than the cure.   Australian scientists followed 1,600 adolescents, aged 14 to 15, for seven years.  They found that “while children who use cannabis regularly have a significantly higher risk of depression, the opposite was not the case – children who already suffered from depression were not more likely than anyone else to use cannabis. However, adolescents who used cannabis daily were five times more likely to develop depression and anxiety in later life.”

Other studies show that the risk of schizophrenia or bipolar disorder appears to be dose-related, especially in adolescents.  Australian scientists found that adolescents who smoked pot were more likely to develop a psychotic illness, and to develop it about 2.7 years sooner, than those who did not.  These kids may also have a genetic predisposition to a psychiatric illness; so it may be that the ones who developed problems had a lower threshold for damage.  Would they have developed it without the marijuana use, however?  Nobody knows.

In another imaging study of 48 people, published in the Proceedings of the National Academy of Sciences, scientists showed that smoking marijuana increases the risk of depression, anxiety, restlessness, and other “negative” emotions.

They showed it in an interesting way, by looking at how the brains of study participants – pot smokers and controls – reacted to dopamine, the “feel-good” neurotransmitter (brain chemical) that affects your emotions, your movements, your ability to sense pleasure and pain, to learn, to pay attention, and to think.  Dopamine affects your mood, your sleep, and your memory, too.

The ADHD drug Ritalin, a stimulant, raises the levels of dopamine in the brain, too, and this is what the researchers used in the study.

The pot smokers met the criteria for marijuana “abuse or dependence.”  That is, they smoked a lot of pot.  In personality tests and brain scans, the pot smokers had “significantly blunted” responses to dopamine compared with controls.  They were more lethargic, apathetic, anxious, and depressed.  Psychiatrist Nora Volkow said the scientists believe dopamine has a “downstream effect” in another area of the brain called the striatum, where your motivation comes from.

The study’s authors expressed their concern that “moves to legalize marijuana highlight the urgency to investigate effects of chronic marijuana in the human brain.”

They used the word “urgency” because they are worried that people may be doing themselves significant harm.

Here are some things to think about:

Another study from Imperial College London found that long-term pot use destroys dopamine.  Dopamine levels decline as we age, already; they also decline in Parkinson’s disease.

People who already have a history of depression might not be ideally suited for marijuana.

People with a higher risk of stroke (high blood pressure, high cholesterol, prior heart disease, a history of TIA, or cerebrovascular disease) should not use marijuana because it will almost certainly diminish circulation even further and this could make them more likely to get dementia.

Prostate Cancer and Your Genes

Healthy and Over 75? Keep Getting Screened for Prostate Cancer
Scroll to top