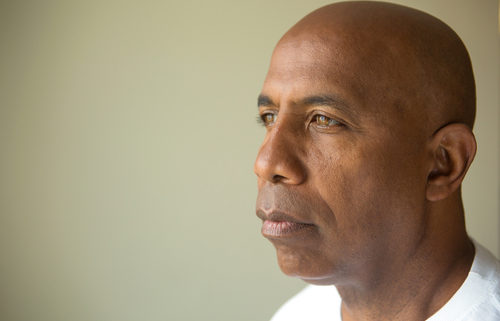 This is not about prostate seed treatment, or brachytherapy, by itself.  It’s about giving a short course of hormonal therapy first, to lower testosterone in men with localized prostate cancer to make them eligible for radiation seed treatment. The idea is that a shot of Lupron or Zoladex will shrink the prostate and make it easier to cover the entire area with the seeds.

Don’t get your prostate shrunk just to get seed treatment.  There are three problems here, and one of them is huge.

One: seed treatment, also called brachytherapy, is not a better cure for localized, low-risk prostate cancer than external-beam radiation therapy or surgery. It’s just easier, because it doesn’t require an operation and recovery time, or weeks of daily radiation treatments, and men can go back to work the next day.

Two, no man should undergo hormonal therapy (also called androgen deprivation therapy) unless there is a darn good reason for it. For example, in men with high-risk disease, two to three years of hormonal therapy has been proven to save lives. In men with metastatic cancer, hormonal therapy dramatically shrinks the cancer and eases symptoms, and can be effective at keeping the cancer at bay for many years.  But we’re not talking about that right now.

If the sole justification for hormonal therapy is to accommodate one form of treatment when there are two others that have proven more successful, that’s not a very good reason. “This practice of giving three to four months of Lupron or Zoladex before seed treatment has been going on since the early 1990s,” says Anthony D’Amico, M.D., Ph.D., chief of Genitourinary Radiation Oncology at Brigham and Women’s Hospital and Dana Farber Cancer Institute. This is bad, he believes, yet many doctors do it – “despite the fact that we know that even a short course of hormonal therapy can produce irreversible breast growth and other side effects,” such as hot flashes, fatigue, decreased libido, slowing of metabolism, weight gain, cognitive impairment, “and nipple tenderness that can last up to a year; in older men it lasts longer.” (Note: The breast growth can be treated with radiation.)

And three, the huge problem: If you are an African American man, this may shorten your life span. Nobody knew this last part until D’Amico and colleagues conducted a retrospective study looking at the medical records of more than 7,000 patients. Their findings were published in the journal, Cancer. The men, all patients from the Chicago Prostate Cancer Center, all had low- or “favorable- to intermediate-risk prostate cancer, and 20 percent of them were treated with hormonal therapy to shrink the prostate before brachytherapy.

The results of their study were stunning: “We found that African American men being treated with just four months of androgen deprivation therapy were associated with a 77 percent higher risk of death than other men,” says D’Amico. “There is a very strong correlation between the short course of hormonal therapy and shortened survival. The causes of death in this situation were not related to prostate cancer, raising the question of whether a different treatment, such as surgery or external-beam radiation therapy, could easily have been done instead.”

The investigators don’t know how to explain this. D’Amico suspects that “there may be other factors intrinsic to the biology of African American men that make them more susceptible to hormonal therapy.” (This makes sense, and goes along with other research showing other key differences in prostate cancer between men of African descent and other men.)

“These findings should be considered very carefully by all men looking at treatment options for localized prostate cancer,” says D’Amico. “This doesn’t mean that men of other races are not at risk, just that African American men are at more risk. I don’t like the practice of giving hormonal therapy to men of low- or favorable- to intermediate-risk cancer, particularly in older men. It gives them more side effects for a year than they would have experienced if they had just had external-beam radiation or surgery. The metabolic side effects of hormonal therapy are not insignificant, either: it increases glucose, raises blood pressure, and some who are predisposed can get weight gain. In men who already have some of these issues, they can get worse.”

One more really important point that I hope you will consider: many men who are diagnosed with one Gleason score actually have higher-grade cancer found after surgery, when a pathologist examines the entire gland. The needle biopsy just samples a tiny percentage of the prostate, and in black men, cancer tends to develop in a different part of the prostate than it does in white and Asian men. Edward Schaeffer, M.D., Ph.D., chairman of urology at Northwestern, recommends that African American patients get an MRI if prostate cancer is suspected. This can help pinpoint areas of cancer that a needle biopsy might have missed, and your doctor may recommend surgery or external-beam radiation therapy instead of seed treatment.

The take-home message here, D’Amico states, is this: “Do not get hormonal therapy unless it has been proven to increase prostate cancer cure rates and prolong your survival. This does not fall into that category: There is no evidence that hormonal therapy followed by seed treatment increases the chance of cure compared to other treatments.” Worse, “it possibly exposes African American men to unnecessary danger, because there are other treatments that have the same cure rate but without this risk. Until we know from further study what is causing this risk and with whom, I would be very cautious about hormonal therapy use just to get seed treatment, or patients accepting it.”