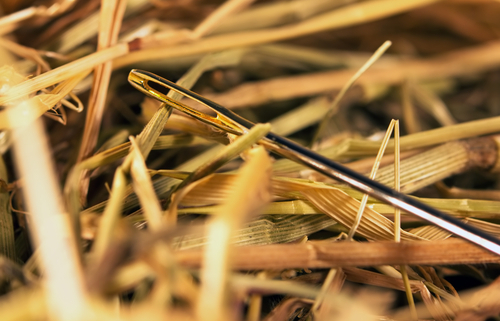 We’ve talked about PSMA-PET before, but now it has gotten FDA approval for use in imaging prostate cancer.  This is just the start: more approvals are expected.  PSMA-targeting is also being used in Europe and Australia, and in clinical trials in the U.S., as a means of treating prostate cancer, not just showing where it’s hiding in the body.  For the Prostate Cancer Foundation (PCF), I recently interviewed Thomas Hope, M.D., part of a team of scientists at UCSF and UCLA whose PCF-funded research led to the FDA approval for PSMA-PET imaging.  The possibilities here are truly exciting:

“My PSA is no longer undetectable after surgery, but cancer didn’t show up on a PSMA-PET scan.  Do I still need radiation therapy?”

“I’m at high risk of cancer recurrence.  A bone scan was negative, but the PSMA-PET scan shows a few spots of cancer outside the prostate.  Do I have metastatic prostate cancer?”

These are just some of many new questions that men with prostate cancer and their doctors are starting to deal with after recent FDA approval of PSMA-PET, a new kind of scan that can show, for the first time, the needles in the haystack – tiny spots of prostate cancer hiding in the body that are too small to be picked up by standard imaging.

PSMA stands for prostate-specific membrane antigen, a molecule identified in the late 1980s that sits on the surface of prostate cancer cells.  Supported by many years of PCF funding, scientists have managed to link PSMA to radioactive tracers that can home in on this very specific molecule wherever it happens to be:  think of heat-seeking missiles locking onto a target.  Depending on the radioactive molecule linked to PSMA, it can either detect prostate cancer by shining a virtual spotlight on areas as small as a BB – the imaging technique the FDA has just approved – or detonate it with chemotherapy or tiny doses of radiation delivered by radionuclides at the cellular level.  In Europe and Australia, and in clinical trials in the U.S., PSMA-PET is being used to target and kill cancer in just those tiny outposts, leaving nearby cells unscathed.

“The PCF saw the potential of PSMA targeting way back in 1993,” says medical oncologist and molecular biologist Jonathan Simons, M.D., CEO of PCF.  “Over nearly 30 years, we have invested more than $26 million in research on PSMA, with the goal of finding cancer that has escaped the prostate when it is very early and at a very small volume, because we believe that the sooner we can target it, the sooner we will be able to treat it and change the course of metastatic prostate cancer.”

The particular PSMA-targeted contrast agent that just got approved – a remarkable achievement in itself, based on five years of research by investigators Thomas Hope, M.D., at the University of California-San Francisco, and Johannes Czernin, M.D., and Jeremie Calais, M.D., MSc., at the University of California-Los Angeles – is called 68Ga-PSMA-11.  (The “Ga” stands for gallium; other PSMA agents are in various stages of getting FDA approval.)  And this particular FDA approval, for now, is for use on a very small scale:  only in California, at UCSF and UCLA.  But it’s a start – and it marks an important milestone in prostate cancer detection and treatment.

This FDA approval is for use of PSMA-PET imaging in two main groups of patients (for now), says Hope, who is Director of Molecular Therapy in the Department of Radiology and Biomedical Imaging at UCSF: “in high-risk men before treatment with prostatectomy or radiation therapy, and in men who have already been treated for localized prostate cancer who have a rising PSA.”

The strong collaboration among the PCF-funded scientists at UCLA and UCSF undoubtedly helped secure the FDA’s approval – itself a bit of a milestone.  “This is really unusual,” Hope notes.  “The FDA has never approved a drug at two manufacturing centers before, and both centers were approved on the same day.”

Achieving a PSMA-PET scan is more labor-intensive and expensive than patients might realize, Hope adds.  “We have to make the imaging agent ourselves in small batches,” a high-tech process that requires a gallium generator, and the solution can’t be stockpiled for long-term storage, because gallium has a half-life of a little more than an hour.  “For now, there is no commercially available PSMA-PET contrast agent,” but Hope believes this will change soon; two new drug applications for PSMA agents are under review by the FDA, and more are expected.

Note:  Many men won’t ever need PSMA-PET.  If you have a small amount of Gleason 6 prostate cancer and you are enrolled in active surveillance, or you were diagnosed with low- or intermediate-risk cancer that was treated with surgery or radiation and your PSA is undetectable, then PSMA-PET is probably not something you will need to consider.  But for other men – those with a rising PSA after treatment, for instance; men at high risk of cancer recurrence; or some men with metastatic prostate cancer – PSMA-PET can help determine what to do next.  As Hope says, “Now we know where it is.  The question then becomes, what’s the best way to treat it?”

Having this extra insight shouldn’t be a scary prospect, he adds.  “It’s never bad to know; instead, what can we do with this knowledge?” One exciting thing is to treat men with oligometastasis, as oncologist Phuoc Tran, M.D., Ph.D., is doing at Johns Hopkins: and he’s going after a cure!   Another thing is to actually put the treatment where the cancer is, instead of where it is not.  Hope explains:  Many men who have a rising PSA after prostatectomy “get radiation therapy blindly to the prostate bed; 30 percent of those patients have a recurrence of cancer after about two years.  But with PSMA-PET, we know that about 30 percent of these patients have disease outside the radiation field.  Those are the patients who are recurring!  Now we can expand the radiation field to include known sites of cancer.  We assume the patient will benefit – we just haven’t proven it yet.  Do we not want to know where the disease is, and treat them blindly?” No! And this could be a game-changer for some men.

It’s also important to note that PSMA-PET is not the perfect crystal ball; it can’t detect areas of cancer that are really tiny.  Hope says that “some patients take a negative PSMA-PET to mean they don’t need any treatment,” and that’s not always correct.  “If you have biochemical recurrence (a rising PSA), and PSMA-PET doesn’t show any evidence of disease, the cancer is going to continue to progress.  Don’t think you don’t need treatment, particularly if you’re a candidate for salvage radiation therapy.”

These and other issues will become increasingly clear as PSMA-PET becomes incorporated into the standard of care.  As Hope notes, “It’s early days yet.”