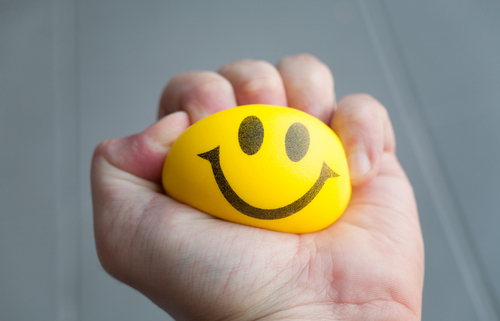 Here we are in a global pandemic; we’re all stressed, and we all need to fight it.  If you have prostate cancer, you need to fight it even harder, because the stress hormone, cortisol, may be affecting your cancer, AND because lowering your stress may help your cancer respond better to treatment.

Having prostate cancer is stressful, even today, when there is more hope of successful treatment than ever before.  But it’s not just the cancer itself.  It’s the hassle of wrangling with an insurance company, and the worry about medical bills or taking time off for treatment; it’s frustration over a slower-than-expected recovery of urinary continence or sexual potency.  It’s anxiety about the next PSA test.  It’s unanswered questions and uncertainty, and worry that life will never get back to normal.  Yes, there’s stress, and plenty of it.

Does stress make prostate cancer worse?  This one’s not so easy to answer.  “Everybody has an individual response to stress,” says medical oncologist Suzanne Conzen, M.D., Chief of Hematology and Oncology at the University of Texas Southwestern Medical Center in Dallas.  And that’s the key, she adds:  it’s not so much the stress itself but the physiological response that can take a toll, and that may hinder our ability to fight cancer.  Conzen is studying stress pathways in cancers, including prostate cancer.  I recently interviewed her for the Prostate Cancer Foundation (PCF), which is funding some of this research.

The body responds to stress with a surge of corticosteroids; primarily cortisol.  When our ancient ancestors were running for their lives from a savage beast, it was this stress hormone, cortisol – along with adrenaline – that kicked in and saved their bacon.  “We are hard-wired to respond to stress with this ‘fight or flight’ response.”  Unfortunately, many of us react to everyday troubles with the same surge of stress hormone as if we were facing a sabertooth tiger – as if we were under attack.  Our hypothalamus, located in the most primitive part of the brain, tells our adrenal glands, “This is the big one! Go to Defcon 3.”  And cortisol, revving up in its effort to save us – a chemical version of someone running around in a panic, shouting, “Ohmygod, ohmygod,” can cause harm instead, affecting normal functions including the immune system, and even changing genes that are expressed in cancer cells.

“Some people have a higher stress response than others.  It could be an inherited tendency; or they haven’t necessarily developed effective ways of coping with exposure to stressors,” says Conzen.  “However, not all people who have a high stress response get cancer; and a lot of people are under stress and don’t get cancer.  But that’s the complexity: not everybody who smokes gets lung cancer, but smoking is a risk factor.  What you want to do is reduce your risk factors,” and your response to stress – like a bad diet, or smoking, or being overweight – is a risk factor for prostate cancer that can be changed.

“We think high cortisol levels are probably not a good thing in men who have prostate cancer.  At least a subset of those men may have tumors that respond to high levels of stress because the prostate cancer expresses a protein, the glucocorticoid receptor (GR), that is activated by cortisol,” and although Conzen is working on how to determine who these men are, right now, there’s no way to know for sure.

Cortisol, a hormone, attaches to a protein called the glucocorticoid receptor (GR) in cells throughout your body, and this is like flipping a switch that activates stress in all those cells, including cancer cells.  In ovarian cancer, Conzen has shown, higher levels of these receptors in the tumor tissue are linked to more aggressive, even lethal, disease.  And in prostate cancer, she has found that the GR “is more highly expressed in cancer that is resistant to androgen deprivation therapy (ADT).”

But it’s complicated, she adds:  “We think it’s not only how much GR your tumor has, it’s how active it is.”  With PCF funding, Conzen and colleagues in her lab are working to find a way to measure how active cortisol and GR are in a prostate tumor, “whether it’s turning on and off a lot of genes, or just a few genes.  The amount of GR does not necessarily correlate with the activity of the protein.”

So, how to fix it – if a man has aggressive prostate cancer, and high cortisol/glucocorticoid receptor activity?  “One hypothesis would be, deprive that tumor of your body’s stress hormone receptor activity, by keeping the stress hormones relatively low.”  This could happen with some type of medication – or, it could happen with stress reduction.  What is that, exactly?  It could mean making changes in your life, so there are fewer stressful factors in it.   It also could mean making changes in you – with the help of such things as exercise, yoga, meditation, and counseling, and other things to help reduce stress, like having a pet, and reaching out to family, friends or a support group, so you’re not coping with this alone.

Note:  Conzen does not believe that stress, all by itself, causes prostate cancer.  “My guess is that GR-mediated stress signaling in the tumor cells probably has more to do with promoting aggressiveness and progression of cancer,” and perhaps recurrence of cancer.   When Conzen talks about stress, she doesn’t mean a single traumatic incident, such as a car crash:  “The kind of stress we’re talking about is daily unremitting stress.”  Those countless little things that add up, day after day.

In the meantime, stress reduction may help achieve similar results for men with prostate cancer, by lowering circulating cortisol activity.  Clinical trials are needed, Conzen notes, to show the effectiveness of stress response-reducing measures including cognitive behavioral therapy, medication, yoga, and mindfulness in prostate cancer patients.  Such trials have been done in breast cancer, she says, “and have shown that there is a beneficial effect.”

OMG!  My Treatment is Delayed!
Scroll to top