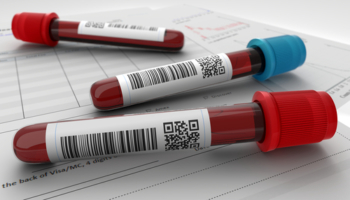 Maybe you’re in your 50s, and your PSA is 3.  Maybe you’re in your 60s, and it’s 4.  Maybe you’re in your 40s, and it’s 2.  And maybe, unfortunately, your family doctor seems in no hurry to do anything about it, saying something complacent like, “Your PSA looks good,” or “the government guidelines don’t really recommend screening for prostate cancer, so we probably don’t even need to check it every year.”  Or, “You’ve got some enlargement of the prostate.  That’s probably what it is.”  Or, “It’s still pretty low.  Let’s just watch and see what it does.”

This makes me want to scream!  Right now I want to scream anyway, and cry.  I’m thinking a lot about one of the world’s nicest guys, whom I wrote about here, who was diagnosed at age 45, after many trips to the doctor for urinary problems, back pain, and other symptoms that should have raised red flags — especially because this man is Black, and automatically at higher risk for developing aggressive prostate cancer — but didn’t.  When he was diagnosed, his PSA was in the 200s, and the cancer was widely metastatic.  His wife, an amazing advocate and warrior for her husband, told me this week that he has now entered hospice care.  He should have started getting his PSA tested at age 40.  How different might his life be right now if his cancer had been diagnosed while it was confined to the prostate?  He was in and out of doctors’ offices for years, and nobody even looked at his PSA.

Dear Readers, I talk to a lot of men with prostate cancer.  Some of them have actually been diagnosed.

Let’s just think about that for a minute.  So I’m going to tell you what I tell them.

Screening starts with the PSA test, and then it can escalate:  In our book, we talk about the great work by Johns Hopkins urologist Bal Carter, M.D., which I’ve also written about here, on PSA velocity.  Carter and my co-author, legendary Johns Hopkins urologist Patrick Walsh, M.D., were very troubled by a study showing that 15 percent of men with a PSA lower than 4 have cancer, and 15 percent of these men with cancer have high-grade cancer.  That’s because there is no safe, absolute cutoff above a PSA level of 1.0 where a man can rest assured that he is not harboring a high-grade prostate cancer that needs to be treated.  There’s just no guarantee.

The PSA number itself is not as important as what that number does over time, how fast it changes; this is PSA velocity.  But there are some numbers for men younger than 60 that are helpful as reference points: that is, whether you are above or below the 50th percentile for your age.  If you’re below the 50th percentile for your age, you may not need to take a PSA test every year — although, frankly, men, it’s a simple blood test, and if you’re getting your cholesterol checked, then what the heck?  Your blood is there at the lab anyway!  Get the PSA checked!  But if you’re above the 50th percentile for your age, you should have your PSA measured at least every two years during your 40s, and every year from age 50 on.  Men in their 40s who have a PSA level greater than 0.6 ng/ml are in this group, as are men in their 50s who have a PSA greater than 0.7.  Those are Carter’s numbers; in a large study, urologists Stacy Loeb, M.D., of New York University and the Manhattan Veterans Affairs (see below) and William Catalona, M.D., of Northwestern University, found the comparable numbers to be slightly higher, 0.7 for men in their 40s and 0.9 for men in their 50s.  What about men older than 60?  One study showed that 2.6 was a good PSA cutoff point.  This is still a lot lower number than many doctors seem to be troubled by.

Maybe it’s because they don’t want to put a man through a prostate biopsy if it’s not necessary.  Well, sure, that makes sense.  But what many family doctors don’t seem to realize is that times have changed!  Good news:  You don’t have to move directly to having needles stuck in your prostate!  It’s not the Monopoly bad-case-scenario of “Do not pass Go, do not collect $200!”  There is a next step!  It’s a “second-line” test:  a blood or urine test that can provide other layers of information beyond the basic PSA test.  There are several good ones out there.  Which one do you need?  Well, as Marlon Brando said in the classic 1953 movie, The Wild One:  “Whadya got?”

There’s no shortage of options!  There are blood tests that provide more nuanced information than the basic PSA test, plus urine tests and even, if you’ve already had a biopsy, molecular biomarker tests, which aren’t done on body fluids but on tissue samples.  These tests can be helpful, not only in diagnosing cancer, but in risk stratification – predicting which cancer is more likely to be aggressive, and which cancer is less likely to need immediate treatment.

Helping us navigate these options is New York urologist Stacy Loeb, whom I recently interviewed for the Prostate Cancer Foundation.  “First and foremost,” Loeb says, “if a patient has an elevated PSA, the thing to do is to repeat the PSA test at the same lab.  It may feel like backtracking, but step one is to confirm that it even is elevated.”  This is why using the same lab as you’ve used in previous PSA tests is important; what might seem to be a rising PSA might just be a normal fluctuation between labs using different equipment.

However, Loeb adds, “many urologists will order the repeat test as a Free and Total PSA blood test,” because this test is inexpensive and readily available, and because it provides some additional information.   “Free PSA measures whatever PSA in the blood that is not bound to proteins.  The higher percentage of PSA that is free, the more likely you are to be free from cancer.”  This test provides context:  If the percentage of free PSA is higher than 25, then the elevated PSA is more likely to be caused by BPH, benign enlargement of the prostate.  If it’s lower than 25 percent, this doesn’t automatically mean that there’s cancer, but it does raise the likelihood that cancer may be present.

“It’s also important to rule out other causes of an elevated PSA.”  Having prostatitis can raise your PSA; so can having a urinary tract infection.  So can having sex within three days before getting your blood test, because sexual activity stimulates the prostate, which then can release more PSA into the blood.  Similarly – a big oops here for the doctor! – getting your blood drawn after the rectal exam, which stimulates the prostate and shoots PSA out into the blood stream, can make your PSA level temporarily higher.

And then there’s MRI.   “In our practice,” says Loeb, “we’re getting MRIs as the next step for patients who have an elevated PSA.  If the MRI shows a suspicious lesion, we recommend a targeted biopsy.  If the MRI is not suspicious, but we’re still worried because of the patient’s PSA and clinical picture, in that context, a biomarker test could potentially give the extra data point that could help us proceed with a biopsy anyway.  What’s nice about MRI is that it shows us suspicious areas – so in addition to providing information on the risk that significant cancer is present, it also gives us some information on where to look.  The data are very clear that performing targeted biopsies based on MRI findings is a superior strategy to only performing biopsies that sample various locations all around the prostate,” in which cancer is easy to miss.  Note:  The power of the magnet in MRI makes a difference; the stronger the magnet, the better the picture and the more the doctor can see.  You want a 3 Tesla (3T) MRI, not 1.5.

Now, about those other blood tests:  In addition to the free PSA test, here are two more that include free and total PSA, but look for other factors, as well:

PHI (Prostate Health Index):  PHI not only helps determine if cancer is present; it also can predict the likelihood of finding high-grade cancer on a prostate biopsy.  “PHI also predicts the likelihood of progression during active surveillance,” says Loeb, who with Catalona reviewed the effectiveness of PHI for the journal Urology.   “PHI is a simple and inexpensive blood test that can be used not only for biopsy decisions, but for risk stratification and treatment decision-making.” In a Johns Hopkins-led study, PHI outperformed PSA in predicting prostate cancer in general, but proved especially helpful in finding clinically significant (higher Gleason grade) cancer.  It was even better when combined with MRI; in the study, no men who had a PHI score lower than 27 and a PI-RADS of 3 or lower had clinically significant cancer.  For men who went on to have prostatectomy, a higher PHI score was associated with a higher Gleason grade of cancer and pathologic stage.   PHI also provided discernment, reduced the number of men who needed biopsies without overlooking clinically significant cancer.

Loeb adds:  “About 12 percent of the time, MRI can miss something.  So, if we still suspect that cancer may be hiding, that’s a good case for using a biomarker test” like PHI or 4K.  “With a biomarker test and MRI combined, the chance of missing a significant cancer is exceedingly low.”

Urine tests:  One urine test, EPI, is done using a fresh-catch urine specimen.  This test can help predict clinically significant prostate cancer in men who have not yet had a biopsy.  Another, the PCA3 test, is done after “a vigorous rectal exam,” says Loeb.  It looks for mRNA levels of a marker, called prostate cancer gene 3, to help rule out other causes of an elevated PSA test, such as BPH or prostatitis.  “It’s FDA approved for use in men who have had a negative biopsy.”  Then there’s Select MDx, which measures mRNA levels of two biomarkers commonly expressed in prostate cancer, and MiPS, developed at the University of Michigan, which combines PSA with two biomarkers for prostate cancer.  “More head-to-head data is needed comparing all of the different blood and urine markers to find out which is best in different patient scenarios,” says Loeb.

How to Have Your Best Prostatectomy
Scroll to top