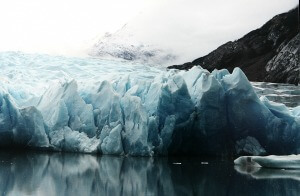 Earlier I wrote about the causes of heartburn, also called GERD (gastro-esophageal reflux disease). Now, let’s talk about how to make it better.

First scenario: You’re minding your own business, it’s late at night, you have an attack of heartburn, and you don’t have any medicine. What can you do? Well, you can go to the pantry, and make your own antacid by mixing up 1/2 teaspoon of baking soda in half a glass of water. It will neutralize the acid. But as with any antacid (see below), the effect won’t last forever. Some foods are soothing for the acid-inflamed stomach, as well. Soda crackers (like Saltines) have baking soda, and can help soak up the acid. Also, apples are your friend. Just eating a plain old apple can help disarm the stomach acid. Some people swear by apple cider vinegar:  A tablespoon, mixed with a tablespoon of honey in a cup of warm water can provide temporary relief, as well.

But this is just emergency stuff, best for the occasional flare-up.

The next scenario:  It’s not your first rodeo. You have noticed that you’ve been having heartburn lately, so you’ve bought some Tums. Well, okay. The problem here is that Tums contain calcium carbonate. They will buffer the acid and give you immediate relief. But the calcium actually causes the acid level to bounce back — higher than it was before you took the Tums. This is called rebound hyperacidity. “So an hour later, you are making more acid than you did before, and you’re taking another Tums,” says Prescott, Arizona, gastroenterologist Mark Worthington, M.D. (Disclaimer: I happen to be married to Mark, an excellent, caring physician who was on the faculty at the University of Virginia for 10 years and then on the faculty at Johns Hopkins for five. He’s in private practice now.)

You probably don’t want to live this way, with one surge of stomach acid following another in big, unpleasant waves. Tums are not a good long-term solution for chronic reflux, so let’s move on to drugs.

The next level up from Tums is other antacids:  Rolaids, Maalox, Mylanta, and Gaviscon. These are different from Tums in the chemicals they contain (the names for these compounds end in oxide and ate): Rolaids have calcium carbonate magnesium hydroxide. Maalox and Mylanta contain aluminum hydroxide and magnesium hydroxide, and Gaivscon has aluminum hydroxide and magnesium carbonate. You can get these kinds of antacids as chewable tablets, dissolving tablets, as chewing gum, and in a liquid form. Some of them have a bonus ingredient, like simethicone, which can subdue the gas bubbles percolating in your stomach; Gaviscon’s bonus ingredient is alginic acid, which foams and helps keep what’s in your stomach from creeping back up the esophagus.

“These work for people with heartburn that is occasional and not too severe,” says Worthington, “although the magnesium can cause loose stools (diarrhea).”

However, if you have more frequent bouts of heartburn, you need to move on to the next room in the acid-resisting bunker:  Acid Reducers, also called H2 Receptor Antagonists, or H2 Blockers. These drugs end in “idine.” Pepcid (famotidine), Zantac (ranitidine), Tagamet (cimetidine), Axid (nizatidine). Pepcid Complete combines an acid reducer with an antacid, so it gives immediate relief and then keeps the acid down. Interestingly, although they’re high on the ladder of heartburn remedies, doctors don’t even think of them as particularly high-powered. “These are okay reflux drugs,” says Worthington. “They don’t suppress acid as much as proton pump inhibitors do,” (see below), “which some people see as a benefit.” Why a benefit? Well, if you can get away with taking this level of drugs and having your symptoms controlled, you can still get some of the good out of stomach acid. Long-term lack of stomach acid can lead to bacterial overgrowth (an excess of bacteria) in the small intestine, and a deficiency of magnesium, iron, calcium, and other trace minerals — because it turns out that you need some acid to absorb them.

And that brings us to the big guns:  Proton Pump Inhibitors. These drugs are the “prazoles.” Prevacid (lansoprazole; note: this is different from the less powerful version of Pepcid discussed above), Prilosec (omeprazole), Protonix (pantoprazole), Nexium (esomeprazole), Dexilant (dexlansoprazole), Aciphex (rabeprazole). Some of these require a prescription. The good thing is, because they pretty much dry up all the acid in your stomach, they give your poor inflamed esophagus a chance to heal.

And this is really important because your esophagus can only take so much. So if your doctor thinks you need a proton pump inhibitor, you should take it. Because if you don’t treat GERD, it can damage your esophagus. Inflammation in the esophagus, called esophagitis, hurts, and makes it difficult to eat, because you’re in discomfort. Worse, long-term esophagitis can lead to a condition called Barrett’s esophagus — which, in turn, can lead to cancer. This is diagnosed with an upper endoscopy, and the good news is that there is treatment for it, called radiofrequency ablation. “We basically zap the lining of the esophagus with radio waves,” says Worthington. “This causes a very defined, superficial burn, and the Barrett’s tissue sloughs off. It’s like getting a sunburn in the esophagus, but it can save your life.”

There is also a condition called a Schatzki ring. “This is a shelf of scar tissue between the stomach and esophagus,” says Worthington, “and food can get hung up on that when you swallow. It’s called ‘steakhouse syndrome,’ because it’s usually a big piece of steak that gets stuck in there. You feel like you’re having a heart attack, but it’s really just the esophagus having a spasm around the food.” Long-term damage to the esophagus can also lead to development of a stricture — more scar tissue, but instead of a ring, it’s a progressive narrowing, so that food can’t go down very easily. This can be opened up during upper endoscopy, as a gastroenterologist makes tiny cuts in the scar tissue to relax its stranglehold on the esophagus.

Finally, there is surgery, a procedure called fundoplication:  taking the top of the stomach and wrapping it around the esophagus to create an artificial valve — so that what happens in the stomach stays in the stomach. “It works pretty well,” says Worthington, although with this procedure in place, “you can’t burp and you can’t vomit, because if you do, you could rip the stitches.” The fundoplication may not last forever. “They do tend to stretch a little over time, but for people with the most severe reflux, it is not an unreasonable thing to do.”

If you keep having heartburn more than twice a week, what should you do? Well, you can try the lifestyle and diet changes written about in the previous post. If those don’t make your symptoms better, you can start on the remedies here, but the best thing you could do would be to get an upper endoscopy (done by a gastroenterologist, so you’ll need a referral from your primary care doctor), to make sure you don’t have any damage to the esophagus that needs more serious treatment.

Feeling the Burn? What Causes Heartburn in Men?

Feeling the Burn? What Causes Heartburn in Men?

What You Eat and How You Feel
Scroll to top