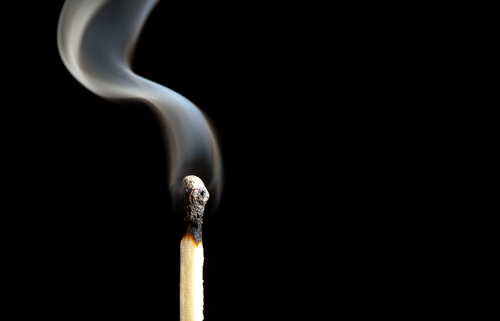 If, as we have seen, inflammation can lead to prostate cancer, could anti-inflammatory agents help protect against it?

The jury’s still out.  However:  Johns Hopkins epidemiologist Elizabeth Platz, Sc.D., has been intrigued by this possibility for many years.  She is senior author of a new study on the use of aspirin and statins, published in Cancer Prevention Research.  The study, of men in the placebo arm of the Prostate Cancer Prevention Trial, doesn’t answer this question once and for all – but adds more weight to the idea that, for lowering the risk of developing potentially fatal prostate cancer, fighting inflammation is a good thing.

Evidence from observational studies has suggested that when taken regularly over time, aspirin may lower the risk of prostate cancer.  These drugs block enzymes that play a key role in the body’s inflammatory response.  Other studies have linked long-term use of statins, prescription drugs that are used to lower cholesterol but that also are anti-inflammatory, to a lower risk of advanced and metastatic prostate cancer.

“Of 357 men, 61 percent reported aspirin use, and 32 percent reported statin use,” Platz continues.  “Aspirin users were more likely to have low FoxP3, a T regulatory cell marker, and statin users were more likely to have a low CD68, a macrophage marker.”  “Our results suggest these medications may alter the immune environment of the prostate. A next step is to determine whether these immune alterations may underlie the epidemiologic observations that taking an aspirin or statin may protect against getting advanced prostate cancer, and dying from it.”

Here’s some more recent research out of Johns Hopkins, a neat bit of  basic science that may help explain the findings of Platz’s recent study:  “Our work is mechanistic,” says investigator Marikki Laiho, M.D., Ph.D., director of the Division of Molecular Radiation Sciences, “and provides insight into how the tumor microenvironment senses the excess load of the lipids.  Diet and statins obviously relate to the amount and regulation of the lipids, and have shown those clear correlations to prostate cancer.  However, we need to understand why to be able to correct the problem. Our work provides at least one explanation how the lipids fuel cancer. One part of the work was just to feed the prostate cancer cells with cholesterol, which made them more invasive.”

It turns out that even on a cellular level, prostate cancer gravitates to its own kind of junk food – the tiny version of deep-fried Oreos with a side of chili cheese fries.  Laiho and colleagues have just figured out how the body enables prostate cancer’s terrible diet.

The culprit is a lipid-regulating protein called CAVIN1, the scientists reported in the journal, Molecular Cancer Research.  In lab studies, when CAVIN1 was removed from cells in and around the prostate tumor, the fatty acid that was in those cells spilled into the tumor’s microenvironment.   The effect on prostate cancer cells was dramatic:  the cancer cells soaked up the lipids, which then acted as turbo fuel to make the cancer spread more aggressively.

“In every prostate cancer cell line we tested,” says research fellow Jin-Yih Low, Ph.D., the study’s first author, “tumor cells universally had an appetite for the lipids, using them to strengthen the protective membrane around the cell, synthesize proteins and make testosterone to support and fuel the cancer’s growth.  The tumor cells then behaved more aggressively, exhibiting invasive and metastatic behavior.  Just having access to the lipids gave the tumor cells more power; the tumor’s behavior changed.”

But wait!  There’s more:  nearby cells changed, too.  Deprived of their lipids, normal stromal cells started to churn out inflammatory molecules, adding fuel of their own to the fire.

Laiho’s team then confirmed their findings in mouse models, comparing tumors with and without CAVIN1 in the stromal cells.  In the mice, Laiho says, “although the presence or absence of CAVIN1 did not affect the speed of tumor growth, lack of CAVIN1 definitely caused the cancer to spread.  All of the mice with tumors that lacked CAVIN1 had a twofold to fivefold increase in metastasis.  The tumors also had a fortyfold to hundredfold increase in lipids and inflammatory cells.”

The investigators were surprised at these results, Laiho adds.  “We suspected CAVIN1 was important, but we didn’t realize how important.  The tumor’s microenvironment matters, and the amount of lipids matters a lot.”  Just changing the level of lipids “created a situation of rampant metastasis.”

What could come from this research?  One possibility is development of a new biomarker:  a loss of CAVIN1 in local or locally advanced cancer, for example, could signal a higher risk of metastasis.  The next step is to understand more about the inflammatory process in the tumor’s microenvironment.  “We want to understand why the inflammation brings in macrophages, immune cells that further exacerbate the inflammatory process, instead of T cells, which should attack the cancer.”  The more scientists know about how inflammation does its nasty work to inflame cancer, the closer we are to finding a way to stop it.