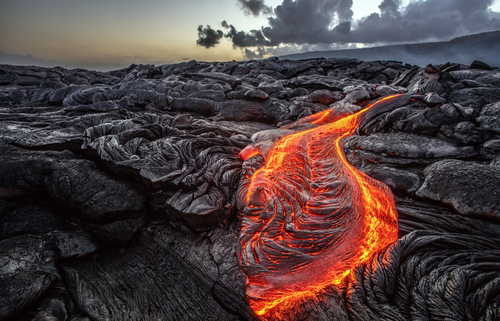 Why does it matter if you eat right and exercise?  Everybody knows the answer; in fact, we’ve all heard it so many times, it’s easy to tune it out:  diet and exercise are good for you.  Duh!  Who’s going to argue with that? Having a healthy lifestyle is right up there with world peace as a worthy goal!

Bear with me here:  With a topic such as this, I know I’m either preaching to the choir – people who are already exercising and eating a pretty good diet – or I run the risk of turning off the people I really want to hear this message, by seeming to preach at all: people who might think, “Go ahead, tell me what to do.  I really enjoy that.  Micromanage my life.  Maybe you’d like to come over and look at my closet and tell me what shirt to wear today.”

Okay, fine!  I’m not here to tell you what to do.  But I am going to try really hard to tell you why you might want to do certain things, and how good diet and exercise – or the lack thereof – can affect prostate cancer.

Please pardon the long set-up, but let’s begin with some facts, with plenty of links for further reading:

If you exercise, you are less likely to have cancer return after treatment, less likely to get metastatic prostate cancer and die of it.  What does exercise do?  A lot of good things for your vascular system, which, in turn, can help slow down prostate cancer metastasis.  But you know what it also does?  It helps you lose weight.

And it just so happens, men who lose weight are less likely to die of prostate cancer.

Now, here’s why all this matters so much:  smoking, not exercising, quaffing sugary drinks, eating processed, fatty foods, and being overweight all contribute to inflammation.

I’m going to be writing a lot about inflammation in the next few posts, because it is becoming increasingly evident that inflammation can lead to cancer – and it’s quite possible that if we can prevent inflammation, we may prevent or at least slow down cancer.

In a landmark study, Karen Sfanos, Ph.D., and scientists at Johns Hopkins have shown for the first time that bacterial infection can cause prostate cancer.  The study was led by Sfanos and her former graduate student, Eva Shrestha, Ph.D., in collaboration with Angelo De Marzo, M.D., Ph.D., Jonathan Coulter, Ph.D., and colleagues.  Infection? That’s not the same as inflammation!  True… but bear with me.

The bacterial culprit found in this study belongs to the family Enterobacteriaceae, which includes E. coli. Better known as a nasty gastrointestinal bug, E. coli causes inflammation in the urinary tract and is a known cause of bacterial prostatitis.  As the scientists discovered, colibactin, a genotoxin produced by some strains of E. coli, can also instigate a series of unfortunate events in the prostate.  Bacterial infection leads to acute and chronic inflammation, which can lead to the development of a lesion in the prostate called proliferative inflammatory atrophy (PIA), first described by pathologist De Marzo, oncologist William (Bill) Nelson, M.D., Ph.D., and other Johns Hopkins scientists; it can also cause DNA damage. The presence of colibactin is even more ominous, because it can directly lead to double-stranded DNA breakage.

Sfanos suspects that this combination leads, in turn, to another development:  fusion of two genes, TMPRSS2 and ERG, that normally should remain separate, but in this case get abnormally spliced together.  Now, it may be that by themselves, TMPRSS2 and ERG are like Robert Leroy Parker and Harry Alonzo Longabaugh:  put them together, and they became Butch Cassidy and the Sundance Kid, and together, they got into much worse trouble than either one managed alone.  This TMPRSS2/ERG fusion – found in as many as half of all prostate cancers – is thought be an early event leading to the development of prostate cancer.

“We found evidence in human tissues (from prostatectomy specimens) that bacterial infections are initiating the TMPRSS2/ERG fusion,” says Sfanos.  “We don’t think this is the only way bacterial infections contribute to cause prostate cancer.  But in this particular study, the way we looked at it was by tracking the presence of these TMPRSS2/ERG fusions.”

It is entirely possible, notes De Marzo, “that other types of mutations or events could also be caused by bacterial infections or inflammation.  But looking at these fusions gave us ‘smoking gun’ evidence that bacterial infection was the initiating event.”  Sfanos adds that “the colibactin-producing bacteria, TMPRSS2/ERG fusions, PIA, and tiny buds of cancer were all there, in the same place at the same time, a snapshot of prostate cancer being born.”  The team’s early findings are available online in BioRxiv, a scientific data-sharing website, and a manuscript for publication is undergoing peer review.

Bacterial infection is a known cause of other cancers.  H. pylori, for example, is a well-established cause of stomach cancer.  “We believe that many different types of microorganisms, certain types of sexually transmitted infections (STIs), and other infections in the prostate can certainly cause the same chain of events,” says Sfanos.

How did the bacteria get into the prostate?  They could have come from the urethra.  “These bacteria are good crawlers,” Sfanos says.  De Marzo recalls what the late Don Coffey, Ph.D., the longtime director of the Brady’s scientific labs, used to say: “The urethra is like the Holland Tunnel for bacteria.”

Note:  These tiny cancers are not the cancers that were biopsied and that led to the diagnosis of prostate cancer; they’re too young even to achieve a Gleason grade.  They’re just baby sites of cancer cropping up, in addition to the more mature cancer that was already there.  Prostate cancer is multifocal:  in most men with prostate cancer, several sites of cancer develop at the same time.  But because of the unique molecular tools used in this study – looking for TMPRSS2/ERG fusions and “ERG-positive PIA” – Sfanos, De Marzo and colleagues were able to catch the formation of these invasive cancers in real time.  “This might start to explain the multifocal nature of prostate cancer,” says Sfanos. “There might be multiple infections or other inflammatory events that occur throughout a man’s lifetime.”

Sfanos suspects that the men whose tissue was used for this study “likely all had undiagnosed infections.”  These findings may lead to development of a new test, using urine or prostatic fluid, to look for colibactin or markers of inflammation in the prostate.  Future studies may look at urine samples along with prostate tissue for such markers, and  new imaging technology may one day be able to detect inflammation, as well.

For more than 20 years, De Marzo and Sfanos, with Brady scientists Bill Nelson, Srinivasan Yegnasubramanin, M.D. Ph.D., Elizabeth Platz, Sc.D., and William Isaacs, Ph.D., have studied inflammation as a risk factor for prostate cancer, particularly looking at PIA.  Sfanos “has also been the major champion of infection” as a risk factor, De Marzo says.  Now, these two paths of investigation have come together.

Could dietary changes make a difference?  “Bill Nelson showed years ago that loss of expression of the GSTP1 gene rendered prostate cells more susceptible to DNA damage caused by a chemical compound that is found in charred meat,” says De Marzo.  “Infection plus a bad diet might make this worse, and then combine that with the underlying genetics.  There might be multiple culprits, a constellation of things over years.”  We’re going to look more at diet in future posts.

Coming up next:  Could anti-inflammatory drugs help?

Metastasis Is a Spectrum

Could Anti-Inflammatory Drugs Work Against Prostate Cancer?
Scroll to top