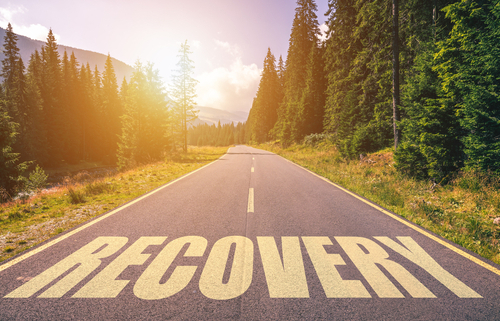 “I started doing all of this because I read about it on your blog.”  Vernon is a college professor who had radical prostatectomy eleven months ago, who contacted me to tell his story, because he hopes it will help other men. “I didn’t hear much about this at all from my surgeon.”  Vernon is black, and he had aggressive prostate cancer. “Thank goodness, it was caught early, because I was getting my PSA checked.  My father and brother had it, so I started getting checked 10 years ago, when I was 40.”

When Vernon’s cancer was found, he had robotic prostatectomy. “It was a no-brainer, because I was just 50.  But now that the cancer is gone – my PSA has been undetectable at three months, six months, and now I’m moving to every six months of follow-up blood tests – I am working hard to get the rest of my life back.  I’ve got a lot of living to do!”

It is Vernon’s nature, as he says, to do research.  So that’s what he did:  he got online and started reading everything he could about recovery of urinary continence and sexual potency after prostatectomy.  “I started taking Cialis, not just as needed but every day,” he says.  He asked his doctor for a prescription, and talked to him about taking “more than the FDA-approved dose: 20 mg a day, every day.”  His doctor said that this would be okay, since Vernon didn’t have any other health problems.  Why would Vernon want to take it every day?   “Because I read that it may help prevent loss of penile length and keep the penis vascularized” (maximize blood flow to the penis).  Has this helped?  “I’m not there yet, but I’ve definitely seen improvement over time,” he says.  “At first, I was pretty discouraged, because I had no erections right after the surgery.  Then, three to four months in, I started getting a partial erection, maybe 30-40 percent of what it was, and now it’s up to about 70 percent when I wake up in the morning.”  It still is not enough for penetration, he believes, “but it’s getting there.”

This hasn’t stopped Vernon from returning to a sex life with his wife.  “Right now, I have to use the vacuum erection device (VED) and the ring (placed at the base of the penis like a temporary mini-tourniquet, to keep the erection),” he says.  “But it works!”  He has not tried injecting his penis.  (Update: This has changed; see below.  He now uses injections and has rejected the ring.)  “I just don’t want to stick a needle in my penis, but I’m becoming more open to the idea.  I also don’t want to get Peyronie’s,” a condition where the penis becomes less straight when erect; this is thought to be due to scar tissue.  “I am hoping that ultimately, erections will come back on their own,” he says.  “I’m just trying to help the process along.”

Penile stretching:  “I really did not want to have shrinkage,” Vernon says.  “So, based on what Dr. Trinity Bivalacqua said in your post, and my own research, I started using a vacuum erection device (VED).  I picked one that nurse at my urologist’s recommended.  But then I also read about this British VED that uses water, that was really marketed more toward making the penis bigger, not for recovery after prostatectomy.  I like that one better; I think it does a better job of improving blood flow. Plus, you can put warm water in there, as warm as you can stand, so that has a vasodilatory (increasing blood flow) effect, as well.”

“I’m really glad I started using that as early as I did, about three weeks post op,” he continues.  “When I first started, it hurt like hell.   Everything was kind of scarred; it almost felt like I was breaking scar tissue up.  That got better within a week or so,” and he could tell the penis was beginning to stretch back to its former length.  “Then,” after further reading on the internet, “I got the Viberect,” a device “designed to help you get an erection by vibration.  I think it helps.  It seems to help more over time.  I think the important thing is just — if you think about how sex works — it’s mechanical stimulation that gets translated to the nerves.  So it makes sense that if you did something that would mechanically stimulate the nerves, you would help promote the function.  It’s kind of like using a muscle to make it stronger.  It’s not like a pleasure device; you feel like a buzzing sensation.  I just keep telling myself that I won’t be doing this forever, and when I’ve recovered, I can just have sex with my wife like always.”  Vernon is convinced that this stimulation to the nerves is improving his erections.

In the meantime, “I have been able to have intercourse with my wife using the VED and the ring,” he reports.  “Once, I used the looser ring and it was not tight enough to keep the blood flow, so it didn’t work.  But with the tighter ring, it worked!  It was successful. (Update: see below.)

“The one thing nobody tells you,” he adds, “is the whole orgasm thing.  It’s different.  It’s not the way it used to be.  Before, it was like this buildup, and then this release. There’s none of that. It’s more like … you miss the appetizer and the main course, and go straight to dessert, but I can see how women have multiple orgasms, it seems like it’s all in the brain.  It’s kind of bypassed all the hardware down there. You don’t get that pent up feeling.  There are contractions but they’re not really doing anything,” and the climax is “dry” ejaculation, because there is no semen.   Vernon doesn’t want men to be discouraged by this:  “It’s still wonderful.  It’s just different.”

What about incontinence?  “Everybody said, do Kegels, do Kegels,” Vernon says.  “The problem there is, I felt I could not sense the anterior part of the pelvic floor, the part I could contract.  I could feel it contract in the back, toward the anus, and the middle, toward the scrotum. I could not feel the front.  Then I read that men who lack sensation in the proximal urethra are the ones who have more trouble with incontinence.  So I thought, how can I contract something I can’t feel?”  Once again, Vernon turned to the internet, “and sure enough, there were devices marketed for male urinary incontinence that involve patches and electrical stimulation — basically a TENS unit.  I thought, if that can do what I can’t and it wasn’t too expensive, then why not?  So I bought it from England.”  This particular unit “comes with two options.  One is an electrode you put in at the anus with some lubricant, and the other are patches, and to get the anterior part, you basically put a patch just above the penis in the front and behind the scrotum in the back, or the patch above the penis in the front and the rectal probe.  The device has programs for urge, stress, or mixed, so I used the one for stress incontinence.”  The key seems to be in repeated use, he adds.  “If I don’t do it for a while, I will use the rectal probe, but ordinarily, I can just use the perineal patch and the suprapubic patch.  If I keep doing it, it works, and I hardly have any drips.  If I use it regularly, I am able to do a Kegel in the front, but if I don’t do it, I lose the sensation there, and I have to start back up again.”

Vernon has his eye on the prize of a cancer-free life that one day, will be pretty much back to normal.  “I’m optimistic.  It’s just slow.  From what I’ve read, nothing’s able to speed up the recovery.  I’m just trying to stack the deck in my favor. On the other hand, I feel like I’m young and I’m lucky.  I had aggressive cancer, and it was caught early!  Thank God!  I want to live!  I feel like I’ve been given the gift of life. I just want all of my life back.”

In sharing his story, Vernon hopes that if you are facing prostatectomy, you will be inspired to be proactive about your own recovery, so you can get your life back, too.  Note:  This is just one man’s approach.  Talk to your doctor about the best approach for you.  That said, if you’re not getting the answers you need, do your own research.  Many medical centers have experts on sexual health and urinary incontinence.  This is their job.  Please don’t be stoic and just wait for it to get better on your own.

Update, eight months later:  Vernon has embraced the needle.  “I was scared of it, but I went to see a urologist who is a sexual health expert.”  (Note: Your urologic surgeon is probably not going to be the person who helps you with this part of the journey.  It’s a different fellowship, and a different area of expertise.)  “In the office, the doctor gave me an injection to cause an erection.  He said my response was so good, I might be able to get away with half the usual dose!  It is so much better than using the VED and the ring.  There’s no comparison, in fact.  I hated the ring; it was painful and difficult to have intercourse.  What a difference!  Our sex life is great now, and the best thing is, I am hoping I won’t need this forever.  The whole point of the injections is to improve blood flow.  Already, my erections without the injection, which aren’t yet strong enough on their own, are noticeably better.  My doctor said to think of the injections as a bridge back to normal, and I think he’s right!  In the meantime, it’s a minor inconvenience and totally worth it to be able to have this part of our lives back.”

More Fuel for the 2020 Dumpster Fire: The Fallout of Not Screening for Prostate...
Scroll to top