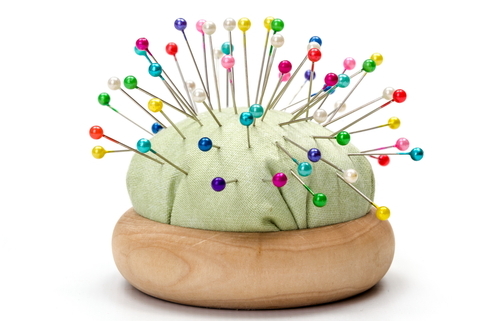 For nearly a decade, among other tests and procedures, Rob underwent 17 PSA tests, five PCA3 tests, and nine MRIs. He endured five prostate biopsies, some of them saturation biopsies, that made him feel like a human pincushion.   He remained steadfast in prostate limbo – when doctors couldn’t find cancer, but they couldn’t rule it out, either, because of some abnormalities in his MRIs and biopsies. Because he kept looking for answers when it would have been so easy to assume everything’s okay and leave it alone for a few years, Rob is cancer-free today.

He is only 49 years old – the age when many men just start to think about prostate cancer.

Rob’s ordeal started back when he was in his thirties. When he asked for a PSA test, his family doctor thought he was worrying too much: “We don’t traditionally order that test until you’re 50,” he told Rob. Note: The National Comprehensive Cancer Network recommends that men start getting screened for prostate cancer in their forties, and at age 40 if they have a family history of the disease. But Rob didn’t have a strong family history of prostate cancer, just a slight one. His grandfather developed it in his eighties, and wasn’t even treated for it because he had other significant health problems.

He also had a heck of a lot of persistence and maybe was even a bit of a pain in the medical butt because he wouldn’t just let it go. Thank goodness he didn’t. He is cancer-free because of his tenacity.

Over a remarkable nine-year gauntlet, Rob basically did hyper-vigilant active surveillance before the disease was ever diagnosed. He and his doctors followed his prostate, as best they could, in real time. He had so many biopsies that scar tissue developed in his prostate, which made it more difficult to interpret the abnormal MRI results, and if it weren’t for technology that recently became available, an MRI-guided fusion biopsy, his cancer still might not have been found.

When it was finally diagnosed, and when his prostate was removed – with more difficulty than it should have been for a man his age because of all that scar tissue – his Gleason grade turned out to be a 7 (3+4), higher than the Gleason 3 + 3 score found on his biopsy.

And here’s the really amazing part: During this time, Rob developed a strong family history of prostate cancer which did not exist before he began his active surveillance, the kind that should make most doctors take notice and say, “You need to be screened early for prostate cancer.” His father developed it at age 70, and a few years later, so did his maternal cousin, at age 56. In just a few years, he went from having hardly any family history to having three men (and maybe four, if Rob himself developed it) in the family with prostate cancer. It is very important to tell your doctor when your family history changes for exactly this reason: it should upgrade your risk, and you should be followed more closely.

It all started in 2005 with a drip; actually, a few drips after urination from time to time. “It wasn’t substantial,” he says, “but it was enough to raise an eyebrow for any guy,” particularly an active, otherwise healthy, 38-year-old man. “It started to weigh on me so much, so that I would need to be conscious about what I would wear.” Rob started reading up on his symptoms, trying to figure out what could be the cause.

In 2008, at his yearly physical, Rob asked his family doctor for a PSA test. “It came back at 1.6,” higher than it should have been.   The doctor said, “’I thought you would have been below 1.0. This may be something we want to explore,’” and referred Rob to a local urologist. His urologist in Connecticut performed several diagnostic tests for urinary problems, including a Uroflow test, a renal ultrasound, and a cystourethroscopy, in which a lighted tube is threated through the penis to examine the urethra. This was his least favorite, says Rob, of all the tests he’s had. “It was like Alien Autopsy,” he laughs. “I’d never experienced anything in my life like that, and it was just the beginning of the barbaric things I had to experience!”

And so it began. Five months later, in March 2009, the next PSA test came back with 1.9 and a rectal exam detected some swelling of the prostate, which the urologist suspected was prostatitis.   Rob had his first biopsy that same month, and three of the 12 samples showed high-grade PIN (prostatic intraepithelial neoplasm); this pathological finding is not cancer, but it’s not normal, either. In fact, where high-grade PIN is found, cancer is often lurking nearby – except the needle didn’t find it.

The next two PSAs were 1.9 and 1.8, taking us to 2010, and at this point, Rob decided to go to an academic medical center with expertise in treating prostate cancer. “I’ve been known to research things ad nauseam and then research them again to validate my original findings,” he says. “I thought, ‘if there’s any possibility that something’s developing, I have got to find who’s the best in this field.’” He sought a second opinion on his biopsy slides at Columbia University in New York; the results were confirmed.

The next few years saw more PSA tests, with the results ranging from a high of 2.3 down to 1.36. Ash Tewari, M.D., now Director of Urology at Mount Sinai, ordered Rob’s first PCA3 test. PCA3, like PSA, is a blood test and it is not a replacement for PSA, but an adjunct to it. The PCA3 test is more cancer-specific; the lower the score, the lower the odds of a positive biopsy. In Rob’s case, however, the PCA3 was not the crystal ball he’d hoped for; the first result was a false score of 58.8; the second was 18.3, the third was 18.7, and the fourth was 12.4. Another PSA test showed a free PSA ratio of 27 percent – again, not terribly helpful in Rob’s case. Generally, in men with a PSA lower than 4, a free PSA greater than 25 percent is more likely related to benign enlargement of the prostate, or BPH.

Rob had his first of nine MRIs – three of them endorectal – in 2010 before moving to the 3T MRI. It was not until he had a fusion biopsy conducted by urologist Ardeshir Rastinehad, M.D., at Mount Sinai – in which the needle biopsy is guided by MRI and ultrasound combined – done in June 2017, that cancer was finally detected – just a little, low-grade, Gleason 6. Rob had his prostate removed by urologist Ketan Badani, M.D., director of robotic surgery at Mount Sinai. His surgical margins were negative – no cancer was left behind. His nerve bundles were preserved. When the pathologist examined the prostate specimen after surgery, Rob’s cancer turned out to be of a slightly higher grade, Gleason 7 (3 + 4) – a finding that “validated my decision to have the surgery,” Rob notes.

“Literally, the first thing out of my mouth when I woke up in recovery from surgery was, ‘Was it contained?’ I was still groggy, and I must have asked my wife that question a dozen times. She was at my bedside when I awoke, and she said that it was – with a smile that said more than you could imagine for me and my family. I knew it had taken longer than it should have, based on when I went into surgery and the time estimated to wake up in recovery, which contributed to my concern. But this delay turned out to be because of the extra time it took to work around and cut away the buildup of scar tissue from all the biopsies. “There was so much scar tissue that it also contributed to the abnormal MRI results, which led to the increased number of biopsies. If I hadn’t had the fusion biopsy, it might not have been found. I would be living with it in me undetected and with a false sense of security – the thought of which is truly unsettling for me.”

We just fast-forwarded through years of worry, of waiting, of inconclusive tests – none of which Rob probably would have gotten if his pesky PSA had been where it should have been. As the volatility in his PSA persisted, so did Rob’s mission to stay ahead of anything that might have been developing.

In the meantime, because Rob and his wife didn’t have children during the early days of his ordeal, he banked his sperm just in case he ended up with prostate cancer. “Here I was, still young, and I didn’t know what tomorrow was going to bring. I had this sense of urgency to be prepared for the worst.” He even duplicated PSA tests with different doctors just to double-check; or as Rob puts it, “stress-test the results against one another.” A recent family photo, taken outside, shows Rob, his lovely wife and three beautiful young children, all looking healthy and happy.

Why was he so worried? Because of his dad and his cousin. Both developed prostate cancer. In tests in 2011, his dad’s PSA showed up as 10.3 and 7.56 – both numbers much higher than they should have been for a 70-year-old man. By this point, Rob knew the drill, and he plugged his father into the best system he could, with the same doctors he had come to know so well. An MRI and two biopsies later, Rob’s dad was diagnosed with Gleason 6 prostate cancer. He had a prostatectomy in 2013. In 2016, Rob’s cousin had a PSA of 8.9, was diagnosed with Gleason 9 disease, and once again, Rob’s experience helped him show his cousin the path forward; he, too, had a prostatectomy.

There are several take-home messages here:

“I was fortunate enough to dodge a bullet, and I want to – I feel obligated to – pay it forward. Any chance I can get to alleviate the fear that is most often fueled by uncertainty is something I want to offer. The anxiety that people are living with because they simply don’t know what to expect, where to start, or better yet, the incredible resources that are available to them as long as you know where to look;; the playbook, if you will. I did the Kegel exercises religiously as prescribed before and after surgery, which led to my getting off the pads after just two months, Sexual function is also fine, which was a welcome surprise.”

*Name has been changed, at Rob’s request, to protect his privacy.  The names of the doctors in this story have not been changed.