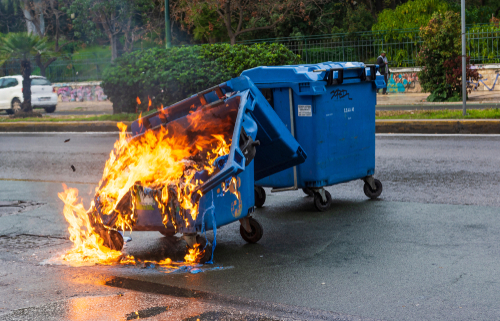 The dumpster fire that is 2020 just keeps on burning, and the latest fuel for this crappy fire is a study, published in the Centers for Disease Control’s Morbidity and Mortality Weekly Report, showing that the incidence of men being diagnosed with metastatic prostate cancer doubled between 2003 and 2017.

It doesn’t take a genius to figure out why:  Many men are not getting screened for prostate cancer.  It’s not just because of Covid.  (By the way, the coronavirus fallout is massive:  neglected routine medical maintenance – mammograms, colonoscopy, dental visits, yearly bloodwork, delayed care.  I am also extremely worried about the mental health ramifications of isolation, particularly on the elderly, which I will be addressing in other posts.)

No, this failure to screen for prostate cancer has been going on for a while.  It upsets me greatly, because I have known too many men over the years who have died from metastatic prostate cancer.  Wonderful men, like this one.  If these men had been screened regularly, with a simple PSA blood test even if they didn’t get a physical exam, they might have been diagnosed with cancer that was still confined to the prostate, cancer that’s much easier to treat, cancer that can be cured.

But no.  They didn’t get screened because their family doctor told them they didn’t need to.  And this is because, often, family doctors don’t know all the ins and outs of screening for particular cancers; they simply can’t be specialists in everything, so they rely heavily on the government guidelines.  They don’t consider that maybe the guidelines were written by people who might have an axe to grind, people who might want to ration care, people who might think that every single man diagnosed with prostate cancer gets unnecessary treatment and suffers terrible side effects, as if there hasn’t been any improvement in prostate cancer screening and treatment since the 1990s, or people who might believe, mistakenly, that prostate cancer is very slow-growing and doesn’t need to be treated at all – or all of the above.

In 2012, the brain trust of the U.S. Preventive Services Task Force (USPSTF) – speaking of dumpster fires– published guidelines discouraging routine screening for prostate cancer, concluding that the benefits do not outweigh the harms of treatment.  Urologists and medical oncologists protested this from the get-go.

How’d that work out for us?  Not great.  This was a disastrous ruling, and in 2018, the USPSTF walked it back, lamely, saying that prostate cancer screening for men aged 55-69 should be “an individualized decision based on personal preferences when weighing the benefits and harms of screening.”

There are also lifestyle factors that put you at higher risk; do they mention those?  No.  If you are obese, or if you smoke, and you get prostate cancer, you are more likely to die of it.  (Good news:  if you lose weight and/or stop smoking, your risk of dying starts to drop right away.  You can read more about that here.)

But what about the risks of treatment – namely, the risk of incontinence and impotence?  Fair question.  First, here’s something else very important you need to know:  Three-fourths of men in the U.S. are diagnosed with localized prostate cancer, and many of those men don’t have to do anything at all!  If you are diagnosed with Gleason 6 cancer, you can simply monitor it closely with active surveillance.  It may well be that the cancer will just sit there, not grow fast, and not spread.  You may never need treatment, and after many years, you can just die with it, not of it.   Or, you can get the cancer treated with surgery or radiation.

But about those risks:  Yes, there are side effects to surgery.  This is why you do your best to minimize those side effects by finding the best surgeon possible.  Here are some ways to do that.  Those side effects are treatable.  There are much worse side effects to treatment for metastatic prostate cancer, which includes androgen deprivation therapy (ADT).  ADT’s side effects include the loss of testosterone, loss of sexual desire, weight gain, loss of muscle mass, breast enlargement, and a higher risk of other health problems including diabetes, heart attack, stroke, metabolic syndrome, osteoporosis, and cognitive impairment.

I know men with metastatic prostate cancer who would give anything to be dealing with the aftereffects of surgery for localized prostate cancer if it meant they could be cancer-free.

Hear this:  I am confident the survival rates for men with metastatic prostate cancer are rising and will go up even higher with the use of second-line hormonal therapy (androgen receptor blockers like abiraterone, enzalutamide, and others); with smarter use of SBRT radiation to treat isolated spots of cancer before widespread metastasis; with immunotherapy and gene-targeted therapy, which are both still in their early days in prostate cancer; and with PSMA-targeted radionuclides.  There are many exciting treatments in the works, and some of them have the potential to be game-changers.

That said, for the years this study covered (between 2003-2017), fewer than one-third of men diagnosed with metastatic prostate cancer survived five years.  The five-year survival rate actually rose during the study’s time period, from nearly 29 percent between 2001 and 2005 to more than 32 percent between 2011 and 2016.  Again, don’t let these numbers discourage you:  they are going to get better with the new treatments on the horizon.

In contrast, for men diagnosed with localized prostate cancer, the 10-year relative survival rate was 100 percent.

If you’ve read this blog for a while, you may remember that I wrote about this disturbing trend in 2018.  You can read more about it here.  I interviewed Edward “Ted” Schaeffer, M.D., Ph.D., Chairman of Urology at Northwestern University.  Here’s some of what he said:  “Hindsight is 20/20, and there’s no question that when PSA screening first became available, many men were overdiagnosed.”  Back in the 1990s, doctors hadn’t figured out who needs to be treated and who can safely do active surveillance.  They know a lot more now.  In 2018, Schaeffer had already noticed this disturbing trend – declining rates in the diagnosis of low-grade, localized prostate cancer, and a sharp increase in the number of men newly diagnosed with metastatic prostate cancer.  “We need nationwide refinements in prostate cancer screening and treatment, to prevent men from being diagnosed with metastatic prostate cancer.

“We don’t want to diagnose low-grade cancers,” which may never need to be treated.  “But we really need to pick up the disease before it becomes metastatic.”

Worried About Prostate Cancer?  Be Proactive! Part One
Scroll to top