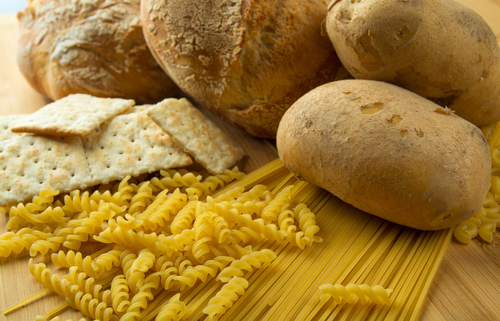 In 2013, Allan Odden was 70, newly retired from a career as a college professor, in good health, walking four miles a day, playing golf and bridge, and ready to enjoy many more years with his wife, Eleanor.  When he went for his yearly physical, his doctor asked if he wanted a PSA test to check for prostate cancer.  He had last had one in 2011, and it was low: 1.4 ng/ml.

Allan wondered why his doctor asked him if he wanted the test.  He recalls:  “The doctor said, “Well, if it is rising, I’m not sure what I’d tell you, as there is no really good result from treatment; everyone pretty much gets some level of incontinence and impotence if they need treatment for prostate cancer,” a generalization with which many urologists and radiation oncologists (particularly those at high-volume centers who have expertise in treating men with prostate cancer) would disagree.  “The medical recommendation these days is that men 70 or older do not need to get their PSA; if they have prostate cancer, which most men do by the time they die, it is usually very slow-growing, so most men outlive it.  And there are too many false positives from the PSA test.  Too many men see a rising PSA, get the prostate surgically removed or (ir)radiated, and have some degree of incontinence and impotence when they really didn’t have a cancer that would grow and, thus, needed to be treated.”

Let’s hold up here for a minute.

This is not good advice.  First, many men completely recover urinary continence and, with help from pills such as Viagra or from other forms of treatment, deal successfully with erectile dysfunction (ED), if one or both of the nerve bundles that are responsible for erection are left intact.  (Note:  If you have had surgery for prostate cancer and have lingering incontinence or trouble with ED, don’t despair.  There is help available.  Talk to your urologist.  As we say in the book, where there’s a will, there’s a way.)

However:  As Johns Hopkins physicians recently found looking at population studies, men diagnosed at age 75 or older account for 48 percent of metastatic cancers and 53 percent of prostate cancer deaths, despite representing only 26 percent of the overall population.  I have discussed this study and screening for older men here.

And finally, yes, the part about the PSA test was true – in the 1990s.  Now there are “second-tier” PSA tests to help tell whether an elevated or rising PSA is more likely to be coming from cancer or BPH.  One is the free PSA test; another is called the Prostate Health Index (PHI) test.  There are more; I will cover these in a new post.  These new tests, along with prostate MRI, have helped weed out which men really need a prostate biopsy, and which men who have cancer actually need treatment.  For many men diagnosed with Gleason 6 prostate cancer, active (vigilant) surveillance is a good option.

Fortunately, Allan didn’t turn down the test.  His PSA had gone up to 2.53.  The next PSA, a few months later, was 4.29.  The next one, in 2015, was 5.04.  But he was told not to “rush to judgment.”  To wait and see.  By the fall of 2017, his PSA had risen above 7.  “My internist said it was now time for me to see the urologist.”  Finally, he got the free PSA test – and his free PSA was very low.  Then he had an MRI, which showed three possible lesions that could be cancer; some of these spots had Gleason 3 + 3 cancer, and a couple had Gleason 3 + 4 cancer.  The doctor strongly recommended treatment sooner rather than later – either surgical removal or radiation.  Allan chose surgery.  The surgery went well, although the surgeon told him that his cancer had grown a bit and the prostate sac had “bulged” a bit – but the lymph nodes were cancer-free.  Incontinence afterward was a challenge, but Allan did Kegels and other exercises and regained bladder control.

A month after the surgery, his PSA, which was supposed to be undetectable, was 0.12, and the pathology report had found that “microscopic amounts of cancer, not visible to the naked eye, had escaped the prostate sac around the area of the bulge.”  The PSA, though low, had doubled by December.  Allan made an appointment to see a radiation oncologist, who (after a bone scan and MRIs of his abdomen and pelvis showed no cancer) recommended a short course of hormonal therapy (ADT) as well as eight weeks of radiation.

The radiation treatment itself, Allan found, was “a piece of cake.”  Five minutes a day, for 39 days.  However, getting ready for that five minutes each day proved more challenging.

A nurse educator told Allan that he needed to go on a “low residue” diet.   Allan, who has written a book about his prostate cancer journey, is funny, analytical, and heartfelt.  He relates this conversation:  “She said that means a diet with very little fiber, as the goal for the radiation was to have as clear a colon as possible.  And then I said that I’ve been told for years to eat lots of fiber, in order to be regular, which would then clear my bowel so it would be perfect for the radiation treatment.  But not perfect enough, she insisted.  She continued by saying you should eat very little fiber, no bran flakes, no oatmeal, no raw vegetables, no whole grain bread or crackers, no prunes or prune juice, no fruit with skin or seeds, etc.”  No eating, pretty much, any of my actual diet!

What could he eat?  White bread, white rice, white pasta, mashed white potatoes, super-cooked vegetables with the skins removed, no beans or peas, “as they cause gas and would inflate the colon, pushing it near the prostate area,” clear juice, canned fruit and veggies, etc.  “I looked at her like she was crazy, and she said, ‘I’m not your cardiologist, and this is just for eight weeks of radiation.’”  Allan worried about constipation from a diet that would produce “Elmer’s Glue in my gut,” and “she said that over time, it wouldn’t do that and would make me regular.  She said I just needed to trust her…  And then she said, ‘Oh, there is one more thing.  While we want an empty colon, we also want a full bladder.  And this is what you need to do: empty your bladder 60 minutes before your radiation appointment and then drink 24-32 ounces of fluid so when you get here, you’ll have a full bladder.’”

Not what a man who has just relearned how to control his urinary sphincter wants to hear.  But Allan managed it.  Armed with literature from the nurse showing the fiber content of various foods, “I found canned soups with zero fiber.  I found crackers, even tasty crackers, with zero fiber or less than 1 fiber in a four-cracker serving.  English muffins, made with processed white flour, have very little fiber.  Most fruits have a lot of fiber, but honeydew melon does not, so I bought one.  I bought Rice Crispies instead of Bran Buds and Rice Chex instead of Shredded Wheat.  I decided to have lots of fish, as that is easy to digest (and I needed a successful bowel movement every day before 9:30, as my radiation appointment was for 10:30).  Eggs are low in fiber.

“Weird though it was, the diet actually worked.  I did stay regular, the solid waste was much less, the stools were smaller though more difficult to exit the body.  The nurse was right.”

Arriving with a full bladder made for some white-knuckle rides on the express bus to the hospital, but he managed that, too.   “I was a very fortunate man to have had very few side effects,” he says.  During the course of his treatment, “I also continued my other activities – bridge two days a week, dance lessons two days a week, and golf on Tuesday morning.  And now my chances of success were well over 95 percent and my PSA was already reading zero.”

On the last day of his treatment, Allan rang the gong in the radiation center – a celebration ritual – and posed for pictures with some of the staff he had come to know over the last two months.  He is now ready, he says, “to enjoy every minute of the rest of my life.”

Even the Deadliest Prostate Cancer Can be Cured, if Caught Early!
Scroll to top