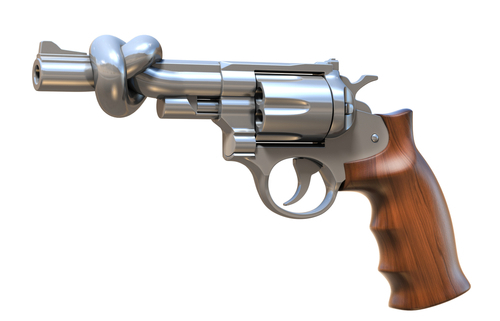 I would like to begin this story with two words for the U.S. Preventive Services Task Force (USPSTF), the inept brain trust whose misguided advice in 2012 stopped millions of men from routine screening for prostate cancer.  Coincidentally, there was an upswing in men – including guys in their 40s and 50s –  who were diagnosed with cancer that had escaped the prostate.  Cancer that is difficult or impossible to cure.  Cancer that could have been cured, if their doctors had only looked for it and diagnosed it earlier.  The USPSTF has changed these disastrous recommendations slightly, but no one would call them pro-screening.

Unfortunately, because this is a family-friendly website, I can’t say those particular two words, so I will say these instead:  You’re Wrong.

For 28 years, we have been worrying about my husband, Mark, because of his family history.  We started screening for prostate cancer when he turned 40.  Recently, at age 58, he was diagnosed – an amazing story, told here– with high-risk, Gleason 9 prostate cancer, the second-most aggressive stage there is.

Less than a week ago, Mark had his prostate removed by a world-class surgeon, trained by Walsh:  Mohamed Allaf of Johns Hopkins.  We got the pathology back yesterday, from another world-class Johns Hopkins physician, urological pathologist Jonathan Epstein – the same pathologist, incidentally, who analyzed my dad’s prostate biopsy and prostate tissue after his surgery; the same pathologist who confirmed that Mark’s biopsy showed aggressive Gleason 9 (4 + 5) cancer.  The tumor was bigger than we thought in the biopsy – 7 mm instead of 6 – but still, the size of a smallish bead on a necklace.  Here’s how he explained it:  “Basically it’s a relatively small 4+5=9 (7.0 mm) which is only 5% pattern 5 and all tumor organ-confined, margin negative.  So for a 4+5=9, it’s the best possible scenario.”

(Brief digression:  The Gleason grading system is named for the Veterans Administration pathologist named Donald Gleason, who cracked the code of how to understand prostate cancer, which had baffled pathologists for decades.  What Epstein did was look at all the cancer cells in the prostate tissue he saw.  Prostate cancer cells come in five basic patterns of aggressiveness, with pattern 5 being the most aggressive.  He figured out which pattern was most common:  in Mark’s case, it was pattern 4; the second most common was pattern 5.  Thus, the reading is 4+5=9.)

Here’s the translation of what Epstein reported:  Of that tiny tumor, only 5 percent of it was the really aggressive cancer, Gleason pattern 5.  The entire cancer was confined within the prostate.  The surgical margins, the edges of tissue that were cut away, were negative; that means the cancer had not spread to the edges of the prostate.  He also found no cancer in the seminal vesicles or lymph nodes removed during surgery.

It’s gone.   What was supposed to happen, has happened.  We caught it early, and took it out.  Thank God!

This is why we checked his PSA for 18 years.  This is why we make sure Mark’s brother is checking his PSA.  This is why I will be on my sons like the proverbial duck on a June bug from their mid-thirties onward, making sure they get a baseline PSA and then, depending on what that is, getting regular screening.

Already, that low-level dread that we had been carrying around for years is going away.  The fear that gripped us hard when we heard the words “Gleason 9” is easing up.  Mark has two more days of being on a catheter as his body heals from the surgery, and then he will start to recover, and get his life back.

I’m telling you this because this is what I want for you.

The week before the surgery, I did an interview with a patient for my job at the Prostate Cancer Foundation (PCF).  It was tough, and the timing couldn’t have been worse.  I spent an hour and 40 minutes talking with one of the nicest guys I have ever met, who is very sick with metastatic prostate cancer.   He is 48.  He was diagnosed at age 45, when the cancer had already spread to his bones.  He was a newlywed at the time, with one kid in middle school and the other in high school.  I am hoping, with the help of the good people in the Prostate Cancer Foundation, to get him into a clinical trial – anything that will help prolong his life and improve his quality of life.   He is a black man, and black men, of all men in the world, have the highest risk of getting prostate cancer, and of dying from it.  Nobody looked for his cancer, because they thought he was too young.  They should have known better.  His doctor should have been checking him from age 40 with a freaking simple blood test that could have spared him all this suffering. When they finally checked his PSA, it was in the 200s.  A few weeks later, it was in the 400s.

There are a few other things I hope you will take away from this:

You can’t count on doctors to check your prostate for you.  Some of them still believe the bad advice from the USPSTF.  Some of them have been swayed by the prostate cancer version of anti-vaxxers, who think, “You can live for years with prostate cancer.  You don’t need to be screened.  The treatment is worse than having the disease.”

Patrick Walsh said, “If it weren’t for incontinence and impotence, this wouldn’t be controversial.”  The problem is that this is a difficult operation.  Unfortunately, there is a huge variability in quality of surgeons.  Great surgeons have great outcomes.  Mediocre and poor surgeons have worse outcomes.  If surgery is the best option for you, your best bet is to find the best surgeon you can, and these are almost always at high-volume centers, places where they do a lot of these operations and are good at it.  Mo Allaf at Johns Hopkins is one; Edward Schaeffer at Northwestern University is another.  Here’s an article I did for the PCF on how to find an expert surgeon; it includes helpful links and things to look for.  You owe it to yourself to do your due diligence.

If you are getting a regular physical, and they’re checking your cholesterol and looking for diabetes and all the other stuff they can mark with the flick of a pen on the order for the lab, then by golly, they can check your PSA.

PSA velocity is the key.  You have to watch what the PSA does over time, and this is especially helpful in men with a low PSA.  You can read more about PSA velocity here.

You can have a low PSA and a high grade of cancer.  Again, the numbers themselves don’t always tell the whole story.  That’s why, once again, I’m begging you:  If your doctor says, “The PSA is low, so no worries,” don’t just accept it.  You have to look at the PSA velocity – whether that number stays about the same, or whether it’s changing.  Mark’s PSA went up in two months from 2 to 3 — but it was still considered “normal.”   My dad’s PSA was only 1.2, but he had Gleason 7 cancer.  Bottom line:  “normal” is kind of a myth.

Even if it’s high-grade cancer, if you catch it early, you can be cured!  Maybe you have prostate cancer in your family.  Maybe some men in your family have died of it.  You can break the cycle.  But you can’t be cured if your cancer is not detected, and cancer can’t be detected if you don’t look for it, and the best way to look for it is routine screening.

Some doctors say start in your fifties if you’re at “average risk.”  I say start in your early forties.  Get a baseline PSA.  (Also, it’s best to get your tests all done at the same lab, because there are slight variations from lab to lab.)  Then, if the number is very low, you might not need to get another test for two to five years – but at least you’ll have something to compare it to.

Other reasons to get that baseline test, even if you don’t think you’re at risk:  Well, for one thing, you might not know your entire family history.  Men traditionally haven’t talked about prostate cancer, and there are more men out there than you may think who get diagnosed and then happen to find out, “Oh, yeah, your uncle had that.”  Or, “Dad had it, but he didn’t want you to know he had incontinence.”  I have talked to several men who had no idea that prostate cancer was already in their families.  And then there are people like Rob Gray, whose family history changed in real time as he was being screened for prostate cancer.  He was high-risk, but he didn’t know it, until several men in his family were diagnosed with it.  Also, if you smoke or are overweight, your risk is higher – even though you may still, to your family physician, be in the “average risk” category.  Better safe than sorry.

To the doctors out there who worry about unnecessary biopsies and unnecessary treatment, I say, “You have a point.  This was a big problem, but over the last 15 years, it’s gotten a lot better.”  MRI is not invasive.  “Second-tier” blood tests, like a free PSA test, or a Prostate Health Index (PHI) test, can help determine if the PSA is elevated because of benign enlargement, or cancer, and can help avoid unnecessary biopsies; I will be writing more about this in a future post.  The transperineal biopsy is safer than the transrectal biopsy.  There is no risk of infection, no need for antibiotics, and it actually samples more of the prostate than the traditional approach.

A diagnosis of prostate cancer doesn’t mean you need to get treatment right away, or at all.  If you are diagnosed with Gleason 6 disease, you may be able to do active surveillance for years, or maybe even forever, if your cancer is determined to be low-risk.

But if you have the kind of cancer that needs to be treated, cancer that could kill you, just ticking away silently in your prostate, it is infinitely better to catch it early and cure it while it’s contained in the prostate.  Men who have been diagnosed when the cancer is in their spine, their hips, their legs, their liver, their brain, would give anything to be in your shoes.

The Way Back to Robust
Scroll to top