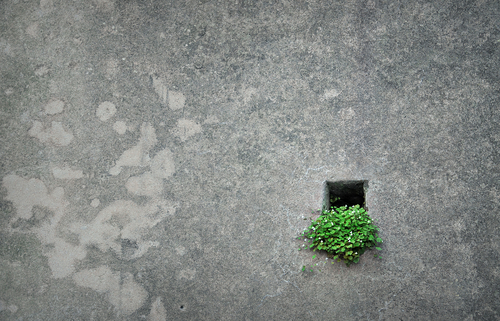 I’ve said it before, because this is what some of the finest researchers in prostate cancer have told me:  The goal for aggressive prostate cancer is to find out which genes are involved and treat with gene-specific medicine — ideally, even preventing the need for androgen deprivation therapy (ADT).  We’re not there yet, but some men are blazing the trail for the future.  Chris Seelye is one of them.  He just happens to have a mutation in a particular gene, BRCA2, that just happens to respond particularly well to platinum-based chemotherapy: a drug called carboplatin, given in combination with another chemotherapy drug, docetaxel.  Chris is an exceptional responder to this treatment.

The very best part of my work, including the writing I do for the Prostate Cancer Foundation, is getting to talk to men like Chris:  men who are beating the odds dramatically.  Men who weren’t expected to make it, who are, in fact, thriving because of treatments that didn’t exist a few years ago.

Not very long ago, the future looked pretty bleak for Chris.  At just 62, this professional photographer from Washington State thought he had maybe a year to live.   “I was facing a terminal illness and was reaching the time where I had to start making decisions,” he says.  Decisions like, “Do I continue pursuing my love of photography, or is it time to start selling equipment and cutting back and sitting on the couch dreaming of the days when I could do those things?”

Then Chris, a U.S. Navy Veteran who served in the Vietnam era, joined a clinical study.  His oncologist, Bruce Montgomery, M.D., is leading it at the Veterans Affairs (VA) Puget Sound Health Care System as part of a new partnership  between the VA and the Prostate Cancer Foundation.  Montgomery, who is also on the faculty at the University of Washington School of Medicine, Fred Hutchinson Cancer Center, and the Seattle Cancer Care Alliance, thought Chris might do well in this study because of the genetic makeup of his metastatic cancer.

He did not anticipate that Chris would go into complete remission,  because he had “metastatic, castrate-resistant prostate cancer,” Montgomery says, “the kind that kills men.  As part of the VA-PCF collaboration, we did deep (genetic) sequencing of his cancer and we found that he has a mutation in his BRCA2 gene.  Because we knew he had this, we got him in this study.  His PSA has gone from over 200 to 1.  The scans he had initially, which showed metastatic disease, are now essentially normal.  He’s had a complete radiographic response.”  In other words, scans are not able to find cancer in Chris Seelye.

What Helped Chris?  A Chemo Combo

Men in this study receive carboplatin (not a standard drug in the treatment of prostate cancer) along with docetaxel.  Small data sets from Montgomery’s group and others predicted an 80-percent likelihood of response to this treatment if a patient has a tumor with BRCA2, and those responses are likely to be “exceptional” – significant and long-lasting. On the other hand, the expected response to docetaxel alone (the standard chemotherapy Chris would otherwise have received) is 25 percent or less.

Exceptional responses are what ongologists wish for desperately but, too often, do not see in men with metastatic prostate cancer. “It’s hard to actually put into words, to be honest with you,” says Montgomery.  “We all, every day, hope for a miracle.  And this is as close to a miracle as we get right now.”

PCF funding helped develop gene-targeted therapy– a whole new way to approach cancer. Recent research, also funded by PCF, found that people with many different kinds of cancer share mutations in genes like BRCA1 and BRCA2, which are often linked to breast and ovarian cancer. This means that a drug that helps a woman with breast cancer who has a defective BRCA gene will also help a man with prostate cancer who has the same bad gene.  It’s treating the gene, not just treating the specific organ that has cancer.

“Not Going to Let Myself Get Depressed.”

Chris joined the Navy when he turned 18, did a four-year hitch at the Naval Air Station in Alameda, California, was honorably discharged as a 3rd-class Petty Officer, went to school on the GI Bill to “learn about things I didn’t know,” and has spent his career doing mainly industrial, technical, and nature photography, plus professional printing and publishing.  “I learned of my prostate cancer in 2014,” he says, “after a year of working with my primary caregiver to diagnose a set of (urinary) symptoms.”  When he finally took a PSA test, it was “through the roof,” and a biopsy diagnosed high-grade cancer.

Although some men might go through “a period of denial, saying ‘why me,’ I never really had that,” Chris says.  “I knew that keeping a good attitude was paramount to successful treatment, so I refused to let myself get depressed, and even to this day, I have not gone down that road.  I just couldn’t get myself to make it worse.”  It helped him, Chris adds, early on when a doctor explained, “We’re not treating your cancer, we’re not curing your cancer.  We are managing.  That was very helpful in terms of my acceptance, not getting this false hope of, ‘maybe I’m the one, the first person to ever beat a terminal cancer.’”

And yet, here he is, the exceptional responder.  Chris is still getting used to the term.

At first, “my expectations were that realistically, this is my best last chance.  I was either going to be dead within a year or this was going to present a better alternative.  So far, the results have been pretty stellar.”  But Chris is cautious when he talks about the future. “I would phrase it that I have optimism, as opposed to hope.  I know that still, we’re not talking about cure, we’re talking about management – but I’m optimistic.  I had an expected expiration date.  Now, with participating in this study, that’s taken away.  I don’t see an expiration date any more– or if there is one, it’s years out, as opposed to months out.”

Although he’s not ready to call this combination therapy a life-saver, “it certainly is a life-extender.  I’m highly optimistic that this quite likely is going to keep me going long enough for the next round of treatments that are in the research phase now.”  One day, he believes, his doctors won’t be talking about a terminal illness anymore, but a chronic one.  “I’ll take chronic over terminal any day.”

If you have just been diagnosed with, or are battling prostate cancer, Chris has this advice for you:  “Don’t just hope, but know that new treatments are coming online practically as we speak.  Newly diagnosed patients actually have better treatment options than I had just three years ago.”  And if you have not been diagnosed with prostate cancer but are having urinary symptoms:  “Get the PSA test.  I was 59 when I was diagnosed.  Had a PSA been done when I was 55, maybe the outcome might have been different early on.”

And, if you can, participate in a clinical trial:   “It’s a life changer.  With this study, new questions are being asked and investigated. It happens that I have this specific genetic defect.  This alliance between the VA and the PCF looking at exactly that question has allowed me to participate in a study and my prognosis is very different than it was. I would strongly encourage the VA to participate in every cancer study that they can get their hands on, particularly as we’re moving away from  management to actual treatments” for metastatic cancer.  “I happen to be one of the very early patients who actually has optimism that in my course of treatment, we’re going to actually achieve the transition from terminal illness to chronic illness.”

For now, as for selling his beloved photography equipment: “That’s off the table!  I’m looking forward to the winter of (photographing) migratory birding season; that’s going to start up in less than a month. I’m ready to go and I’m ready to keep going.”

Your Gums and the Risk of Alzheimer’s
Scroll to top