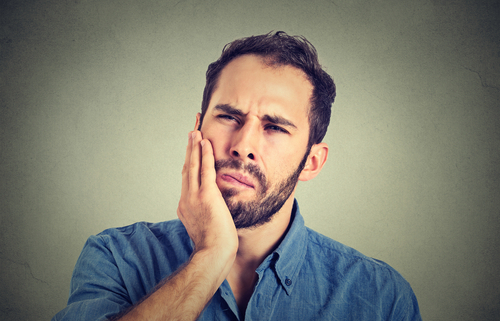 What does the health of your gums have to do with your brain? Apparently, more than anyone ever knew.  Having periodontal disease raises your risk of getting other serious health problems; one of them is Alzheimer’s disease. New studies may have pinpointed not only the cause of Alzheimer’s; they also may have identified a way to treat or even prevent it. Studying the Wrong Kind of Plaque? Let’s start with some dreary statistics. About 70 percent of those who get dementia have Alzheimer’s disease.  This is a lot of people: according to one study looking at the numbers, Alzheimer’s doubles in frequency every five years after age 65, and the number of people in the U.S. alone with Alzheimer’s is projected to balloon from about 5.5 million to an estimated 14 million people by the year 2050.  Worldwide, the number of people with Alzheimer’s is expected to grow from 35 million to 135 million by 2050. The picture is bleak.  But wait! It gets bleaker!  The study’s authors add that the failure rate of Alzheimer’s drug development is 99 percent, and the failure rate of the development of disease-modifying therapies for Alzheimer’s is 100 percent. Alzheimer’s is truly a nightmare, the devastating, progressive deterioration of memory and cognitive function; of course, you know this already.  I do, too. Everybody I know knows someone who has been affected by Alzheimer’s, and also by the lack of optimism that surrounds it (although there are some things that do seem to help stave off dementia, which we’ve discussed here). Since 1984, scientists have zeroed in on blocking or treating some characteristic changes Alzheimer’s patients have in their brains: plaques, sticky clumps of beta-amyloid proteins, and gnarly tangles of another kind of protein, called tau. Gazillions– $1.9 billion by the National Institutes of Health in 2018 alone, not to mention the big pharma companies, in the U.S. and elsewhere – have been spent on these plaques and tangles – developing animal models (mice) that get them, then making prototype drugs, with the desperate hope that getting rid of this unwanted brain junk will help people think better, and remember more, and get their lives back. Basically, for 35 years, scientists have been trying to make this one idea work, with not much encouragement to keep them going.   In fact, as we have discussed here, there is increasing evidence – besides the utter lack of success in finding a treatment – that plaques and tangles aren’t even the cause of the mental deterioration in Alzheimer’s.  Many people, at autopsy, are found to have the exact same-looking plaques and tangles in their brains, and they showed no sign of impaired memory or thinking. Maybe the plaques and tangles are a response to something else, and not the cause of Alzheimer’s. Maybe we’ve been focusing on the wrong kind of plaque.  Here’s a very interesting study from 2015, led by scientists at NYU College of Dentistry and NYU Langone Medical Center, of “cognitively normal, healthy, community-residing elderly” men and women, average age 61. (I must say, 61 does not seem terribly elderly to me; in fact, it’s getting younger all the time!) In this study, the investigators showed for the first time in humans a link between periodontal disease and the accumulation of plaques in the brain. The scientists said periodontal disease was associated with beta-amyloid buildup in the same areas of the brain “that are prone to beta-amyloid accumulation in patients with Alzheimer’s disease. Our results suggest that periodontal inflammation/infection may increase the risk for brain amyloid deposition.”  More studies are needed, they said, and again, these people were doing fine.  They were cognitively normal.  They had the plaques, but not dementia.  Why – why did they have the plaques, and why didn’t they have dementia? Scientists have speculated that the plaques and tangles are just garbage, like crumpled-up bits of litter floating around in the brain.  But scientists looking at other species have found that humans, in these sticky brain beta-amyloid proteins, share the same genetic sequence of amino acids with many other species.  This particular string of building blocks seems to be something very ancient, something that nature has kept around for a reason.

Harvard scientists discovered the reason:  the beta-amyloid plaques are like the brain’s version of Venus fly traps.  They’re anti-microbial Roach Motels: bacteria check in, but they don’t check out.  In effect, the beta-amylolid protein serves as an anti-bacterial goo. When the scientists injected bacteria into the brains of mice that are prone to developing Alzheimer’s-like plaques, in less than 24 hours, the mice had produced plaques that enveloped those bacteria like bubble-wrap.   Other studies have found bacteria in the brains of people who had Alzheimer’s.  Well, here were bacteria, covered up in plaque. Harvard scientist Rudolph Tanzi, Ph.D., said that when they looked in the plaques, “each one had a single bacterium in it.  A single bacterium can induce an entire plaque overnight.”  The study reported that “our findings raise the intriguing possibility that beta-amyloid may play a protective role,” and that infectious or other stimuli may cause these amyloid plaques to be made.  “These data suggest a dual protective/damaging role for beta-amyloid.”  It’s the Pushmi-Pullyu, the two-headed llama from Dr. Doolittle:  the plaques are good!  No, they’re bad!  They’re good and bad! The scientists suspected that maybe the bacteria get in the brain, the brain forms plaques, and somehow the plaques cause inflammation– which, in turn, leads to the tangles of the tau protein to develop; these tangles then cause surrounding neurons to die, and the ongoing domino effect leads to Alzheimer’s disease.  This also seems to answer another question that scientists had about bacteria in the brain of Alzheimer’s patients:  did it get in there because the brains were already damaged – as the result of Alzheimer’s – or did they cause the damage?  It’s really looking like they are causing it. If bacteria are triggering the formation of plaques that somehow are involved in Alzheimer’s disease – although again, some people have them and don’t lose their memory and ability to think – then the big question is this:  How do they get in there?    Gum disease.  We’ve talked about poor gum health and the link to another terrible disease (rheumatoid arthritis), here at VJ.  Gum disease is known to cause problems in the heart, as well – as you probably know, if you’ve got heart disease and you have to be on antibiotics when you have a dental procedure. What happens in the gums does not stay in the gums. The gums are a gateway to the rest of body, including the brain.  The nasty bacterium that scientists now believe is an instigator of Alzheimer’s disease is Porphyromonas gingivalis.  P. gingivalis is the “keystone pathogen” in chronic gum disease.  A new, very promising study, done by scientists at medical centers in the U.S., Europe and Australia, and co-led by Stephen Dominy, M.D., a scientist working for Cortexyme, a San Francisco-based pharmaceutical company, explored P. gingivalis as both the cause and as a target for potential treatment of Alzheimer’s. P. gingivalis uses two toxic proteases, or enzymes, called gingipains – its own bacterial version of meat tenderizer – when it attacks human tissue.   The investigators, using DNA sequencing, confirmed P. gingivalis DNA in Alzheimer’s patients, found these gingipains right there in the plaques, and showed that they were “neurotoxic… exerting detrimental effects on tau, a protein needed for normal neuronal function.  To block this neurotoxicity, we designed and synthesized small-molecule inhibitors targeting gingipains.” So they figured out a way to stop these gingipains, and when they did, they “reduced the bacterial load of an established P. gingivalis brain infection, blocked beta-amyloid production, reduced neuroinflammation, and rescued neurons in the hippocampus,” the part of the brain associated with new memories, emotions, learning, and spatial navigation: the part of the brain that is so cruelly targeted in Alzheimer’s.   “These data suggest that gingipain inhibitors could be valuable for treating P. gingivalis brain colonization and neurodegeneration in Alzheimer’s disease.”

But wait! What about Bad Genes?

This gingipain breakthrough could be incredible.  It could lead to a vaccine for Alzheimer’s, and also to a drug that could help people struggling with the disease as we speak.  But wait, you may say, what about bad genes?  Maybe Alzheimer’s runs in your family.  Doesn’t that mean it’s inherited?   It may be that what is inherited is the way your body handles the specific inflammation caused by these gingivains; inflammation is part of the immune system’s arsenal.   A major genetic risk factor for Alzheimer’s is a variant of the APOE gene (which makes the Apolipoprotein E immune protein) called APOE4.  In 2018, Swedish researchers who were studying the link between P. gingivalis and heart disease reported that these gingipains cleave the ApoE protein into fragments, and that these fragments — like shards of glass — could hurt nerves.  If you have a normal APOE gene, and this protein is intact, you are less likely to have this nerve damage.  But if you have a mutated APOE gene, you’re more susceptible: P. gingivalis can do more damage in you than it could in someone else. If this truly is the cause of Alzheimer’s, this is very hopeful, because we have a target, we have hope for treatment, for development of a vaccine, and maybe even for a cure someday.  In 2018, Cortexyme reported that its small-molecule gingivain-blocker drug, called COR388, was safe and well tolerated in a Phase 1 clinical trial.  Also, although they weren’t looking specifically for cognitive improvement, they found it:  “COR388 showed positive trends across several cognitive tests in patients suffering from Alzheimer’s disease.”  A phase 2 study of the drug in patients with “mild to moderate” Alzheimer’s is in the works.  More on gum disease and your health in the next post.    Personal note:  I’m no doctor, but my God, if gum disease can be so bad for your health, why wouldn’t you rinse with Listerine, floss your teeth, and see the dentist regularly?  Also cut down on things that lead to gum disease, like sugary foods, smoking, and alcohol consumption — or at least, rinse or brush your teeth right after. I truly hope we will see a vaccine for Alzheimer’s disease very soon.  In the meantime, at least this is something we can do that might really help. © Janet Farrar Worthington
February 11, 2019/0 Comments/by Janet
https://vitaljake.com/wp-content/uploads/2019/02/VJ-gum-disease-photo-e1549913723106.jpg 200 300 Janet https://vitaljake.com/wp-content/uploads/2017/05/vital-jake-logo3-300x146.png Janet2019-02-11 13:31:042019-02-11 13:31:12Your Gums and the Risk of Alzheimer’s

Does ADT Raise Your Risk of Alzheimer’s?
0 replies