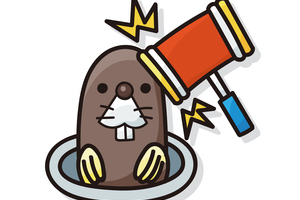 To the growing and hopeful list of strategies for attacking prostate cancer, let us add this approach:  Whack-a-Mole.

That’s how Johns Hopkins radiation oncologist Phuoc Tran, M.D., Ph.D., describes it to his patients.  The actual scientific name for this highly sophisticated strategy is stereotactic ablative radiotherapy (SABR, highly focused, intense doses of radiation), for men with oligometastasis – up to three small bits of cancer that have broken away from the main prostate tumor and started to grow elsewhere.

Previously, I wrote on Vital Jake and also on the Prostate Cancer Foundation’s website, about the Baltimore ORIOLE study, led by Tran, who also contributed greatly to our book.  Tran was enrolling patients in a small study to see if men with oligometastasis would benefit from SABR in addition to treatment of their primary tumor.

His strategy was a new one – part of a general rethinking of what represents curable prostate cancer.  The boundary used to be very clear:  prostate cancer was either confined to the prostate or prostate bed, or it wasn’t.   Like a light switch with no dimmer, there was no in-between:  a man with only one metastasis was believed to face the same fate, eventually, as a man with widespread metastases.  It was just a matter of time.

But Tran believed that the lines of prostate cancer were not so clear-cut as scientists had assumed; that instead of two circles – localized and metastatic cancer – that didn’t connect, we might be dealing with a Venn diagram, with oligometastasis as the critical area where the two circles overlap.  “It may be that the window of curability is wider than we thought,” he said last year, and we all hoped that he was right.

Tran and colleagues at Johns Hopkins, Stanford, and Thomas Jefferson University recently published results of the ORIOLE Phase 2 clinical trial in JAMA Oncology.  The results are promising:  54 men with oligometastasis were randomly assigned either to treatment with SABR or to observation.  To detect and keep track of the oligometastases, the study used PSMA-PET scanning, which uses a small molecule linked to PSMA (prostate-specific membrane antigen, found on the surface of prostate cancer cells) as a radioactive tracer.  This PSMA-targeting tracer can highlight areas of cancer as small as a BB – much smaller than can be seen on regular PET or CT imaging.  “PSMA-PET allows us to treat lesions we otherwise couldn’t see,” Tran explains.  “A CT or bone scan would miss those lesions, and patients would presumably not do as well.”

This was a Phase 2 study, and “we need larger Phase 3 trials,” he says.  “But this is very positive, and we hope that in the future, we will be able to change the course of metastatic disease in some men.”

Some interesting points here:  First, Tran and colleagues hope that “complete metastatic ablation of oligometastatic prostate cancer may provide an alternative to early initiation of androgen deprivation therapy (ADT).”  The key question, Tran says, is, “can we alter the natural history of metastatic prostate cancer with metastasis-directed therapy (MDT)?”  They don’t know the answer yet.  Most men with oligometastatic disease who get these spots of cancer zapped don’t experience a complete drop in PSA.  This, Tran says, suggests that “residual micrometastases are present but undetectable.” Does SABR simply reset the clock – does it keep pushing the snooze button?  Or, as the scientists hope, does it make the cancer less likely to form new metastases?

Bad Pioneers on a Bad Journey:  Tran and other scientists theorize that the spread of cancer is a story of colonization.  A few pioneers set forth on a journey to a new land.  At first, it’s touch-and-go; their survival is tenuous.  Just think of the early colonists in the U.S., from England, France, or Spain.  Until they took root in the new land, these nascent colonies were frail:  they needed reinforcements from their mother countries – medicine, weapons, tools, food – and “eventually they did survive.”  So it may be with the seeds of cancer; either the cancer cells themselves, or their messages (in the form of genetic and chemical telegrams) are dispatched to the primary tumor, the mother country.  If the mother country is no more – if it has been eradicated by surgery or radiation – then small cancer outposts might get similar support from visiting each other.  But if those outposts are destroyed by SABR, even if there are a few cancer cells remaining in the tissue or bloodstream, it doesn’t matter:  the environment is too hostile, and the numbers are too few for new colonies to survive – “or, if they did, it would take much longer.”

“It’s like Whack-a-Mole”:  In the ORIOLE trial, Tran and colleagues looked for circulating tumor DNA (ctDNA), and identified certain gene signatures that can tell if a man is more likely to respond to SABR.  “Patients who don’t have these mutations responded very well,” he says.  They also have learned from this and other research that men with oligometastasis fall into three basic groups.  “Some men do really well after one course of SABR,” with no recurrence of cancer.  A second group of men have a small recurrence.  “Another site pops up; a microscopic metastasis that we couldn’t see before establishes itself into a macroscopic metastasis.  It’s a limited return of cancer and it responds to another round of SABR.”  Then some men, after a few months, have multiple new areas of cancer.  “For these men, the SABR doesn’t control the disease at all.”

Imagine a green lawn, with one or two dandelions, Tran tells his patients:  “You can pluck those two or three weeds, and wait and see.  Sometimes you get lucky; sometimes another weed or two pops up, and you pluck them.  It’s like Whack-a-Mole.  You can do that for a while,” with repeated SABR treatments.  As the scientists reported:  “If a single round of MDT arrests the progression of some, but not all, lesions, subsequent rounds of MDT might salvage the remaining disease, until what remains is inadequate to support a metastatic phenotype.” Basically, for some men, a treatment strategy might be to keep knocking the cancer down until, like a prizefighter who’s taken one too many blows to the head, it can’t get back up.  Imagine:  punch-drunk prostate cancer that may still be staggering around, but can’t raise a fist.  Wouldn’t that be nice!

That probably won’t work in every man, Tran says.  “Unfortunately, sometimes there will be a whole bunch of seeds all at once, and at that point, you need weed killer all over the lawn,” or systemic therapy.  However, SABR plus ADT, androgen-blocking drugs, or chemo might one day provide “the multipronged attack required to cure this disease.”

Looking ahead:  In a follow-up trial, called RAVENS, men with oligomestatic prostate cancer are randomly given either SABR alone, or SABR plus radium-223 (Xofigo).  “What we have seen in the men in that second group – the ones who have more isolated spots of cancer popping up – is, they’re not recurring where they received the SABR, but in areas that were microscopic, and commonly in the bone.”  Radium-223 targets cancer in bone.  “It releases a radioactive particle that is very toxic but is so focused that it only kills in a radius of two-three cell depths.  It’s ideal for microscopic disease.”

More and larger studies are needed, but in the future, Tran envisions, men with oligometastasis will require more vigilant monitoring, and ideally, regular follow-up PSMA-PET scanning.  “This has the potential to be practice-changing.  We are very excited by our results, and by the potential to modulate the course of metastatic prostate cancer.”

COVID-19 and Male Hormones: What’s the Connection?
Scroll to top