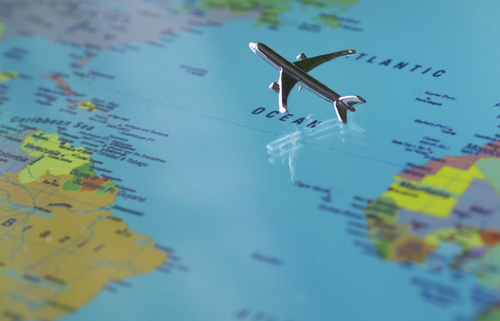 Neil Bander, M.D., Director of Urological Oncology Research at Weill Cornell and a pioneer in the study of PSMA, saw the potential of targeting PSMA, a molecule that sits on the surface of prostate cancer cells, soon after it was discovered more than 30 years ago.  His research shed light on why PSMA was such a promising target, and in 2000 his team began clinical trials with J591, a PSMA-targeting antibody he made.

“We were interested in two different approaches,” Bander says.  “One was putting a radioactive isotope on the antibody” – a molecular grenade of cancer-killing radiation – “and the other was putting a drug on the antibody.”  This “antibody-drug conjugate” approach was very new; fewer than a handful of drugs were available to attach to antibodies, “and all of them were owned by drug companies.  We didn’t have ready access to those,” so instead, Bander’s team focused on linking a “radioactive payload” to the antibody.

The other benefit of using a radioactive isotope as a weapon:  it could be seen on imaging!  “Because of the radioactivity, we could see where this antibody-isotope was actually going,” says Bander.

Think of an old movie, where as a B-52 plane travels, it’s superimposed on a map, and an arrow connects Point A – California, let’s say – to Point B – Guam on our plane’s journey – and all points in between.  Bander didn’t have an arrow, but he could plot the progress of the radioactive isotope just the same.  “We could see immediately that the antibody was going right to the tumor cells.  Wherever we saw tumor sites – on the patient’s bone scan, CT scan, or MRI – we could see those sites lighting up after we gave the radioactive antibody.  So right from day one, we knew we were hitting the target!  We knew we were actually delivering the radioactivity to the tumor sites.”

But Bander and colleagues noticed something odd:  the radioactive isotope was also going to other sites where there was no apparent cancer.  They soon realized what was happening:  the PSMA-targeting isotope was finding cancer that was too small to show up on conventional imaging!  “We knew very early on that this could potentially be a very potent imaging modality.”

The Phase One trials were for men with metastatic castrate-resistant prostate cancer (CRPC).  These were men whose cancer had progressed despite all the standard treatments of the day.  In about 10 to 20 percent of participants, “we did not see their tumors light up.”  Is this because their tumors somehow don’t make PSMA?  Bander doesn’t think so.  (Note: Martin Pomper of Johns Hopkins does, and is working on ways to target those non-PSMA-making cells.)  “If you remove prostate cancer, say in surgery or biopsy, and do a test to see if there’s PSMA – and this has been done in many thousands of patients – almost 95 percent are PSMA-positive.”  Nonetheless, in some men, the PSMA-targeting agent does not show up much on imaging.  “In our studies, we found about 15 percent did not image, and another 5 to 10 percent imaged weakly, but we treated all those patients anyway.  We found that if you are PSMA-negative or PSMA-weak, you are significantly less likely to have a good response to the treatment.”  However:  “If your imaging study lit up like a neon sign, you had a very high likelihood of responding.  It was a pretty clear distinction.”

Bander’s group tested two different isotopes and found that lutetium 177 (Lu 177) was the most effective.  “Responses varied, from no response to PSA stabilization to 95-percent decreases in PSA levels that could last many months,” says Bander.  “We also saw that as we increased the dose, the responses got better.”  Other centers reported success in some animal tumor models with breaking up the dose of radiation.  “Instead of giving just one big dose, if you split it up into two or more smaller doses, you could deliver an even higher cumulative dose.  So we did a phase 1 study of fractionated J591-Lu 177, gave higher doses and got better and more durable responses.”

This was 2007.  Why hasn’t this become mainstream therapy?  One big reason:  the pharmaceutical industry is like a freight train.  Once it gets going on a particular track, it picks up steam and generates huge momentum.  Until that happens, however, momentum can be very slow.  Twenty years ago, Bander says, “pharmaceutical companies had no interest in radiopharmaceuticals.”  Instead, their model was for literal shelf life: drugs put into a tablet or capsule and shipped to sit either at a pharmacy or in a patient’s medicine cabinet.  “Making drugs from living cells was a whole new area,” but the industry has evolved to “this greater willingness to make very complicated products.”

PSMA-targeting radioisotopes have reached a crucial tipping point, says Bander.  “When we characterized PSMA – its specificity for prostate cancer, the fact that 95 percent of prostate cancers were PSMA-positive, that cancer internalizes the PSMA-targeting antibody, that it’s upregulated by hormonal therapy, and that it’s a potential target in other types of tumors – interest started to build.  Then when we showed that if we administered a PSMA-targeting agent, we could actually validate in a patient that it was reaching the cancer, it increased even more.”

A big kick in the pants to the world of PSMA-targeting treatment came from striking results achieved overseas, discussed here.

Note: This is one of a series of stories I’ve just written on PSMA-targeting.  If you are seeing this as a solo story, click here for more.