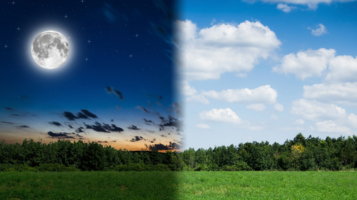 As we have discussed here, Neil Bander, M.D., Director of Urological Oncology Research at Weill Cornell and a pioneer in the study of PSMA (prostate-specific membrane antigen), developed an antibody that targets this molecule that sits on the surface of prostate cancer cells.  He later characterized PSMA, and found many reasons why it is an excellent way to target prostate cancer.  Results from work by Bander and others generated worldwide interest – particularly in Germany.

Bander made an antibody that targets PSMA, and linked it to a radioisotope called lutetium 177 (Lu 177), a beta emitter.  With colleagues at Weill Cornell and “with a nod from the FDA,” in 2000, Bander began a series of prospectively designed clinical trials that showed “excellent targeting of metastatic prostate cancers wherever the disease was located in the body.  These treatments resulted in PSA d eclines and improvement of pain.”  At the time, however, he notes, the pharmaceutical industry was not interested in radioactive drugs, and the prostate cancer field was more focused on the development of Taxotere chemotherapy.

In Germany around 2013, physicians began using different agents that bind to PSMA: small molecules, called ligands, instead of antibodies.  Some of these had been developed in the U.S. by John Babich, Ph.D., (now at Weill-Cornell), and Martin Pomper, M.D., Ph.D., of Johns Hopkins.  The Germans tested Lu177 as well as a different radioisotope, actinium 225 (Ac225), “which is an alpha emitter,” says Bander.  “Ac225 is several thousand times more potent than Lu 177,” which, again, is a beta-emitting particle.  (I have to be honest here, I don’t fully understand alpha vs. beta particles, but this article might help those who are motivated understand more.)

In Germany, a “compassionate use” program is often used to allow the use of new, previously untested therapies in patients who don’t have much other hope.  This means that, for a patient with a serious illness who has no other medical options and who agrees to take the risk, doctors can try promising – but unproven – treatments outside of a formally designed clinical trial.  “So in Germany, they were able to give these radiolabeled ligands (small-molecule radionuclides) to patients on an ad hoc basis, not as part of a formally designed and specified treatment protocol.  A number of centers in Germany started to make their own radiolabeled ligands.  They started treating patients and started publishing the results, sometimes on just one or two patients, sometimes on small groups, sometimes on large retrospective series of patients,” in various nuclear medicine journals.

“The other thing they did,” Bander continues, “was, they would only treat patients whose cancers showed up well on PSMA-PET scans.  They selected their patients, which helped them achieve high response rates.”  Notably, a report of two patients treated with a PSMA-Ac225 ligand showed spectacular results.  “To say they were dramatic would be an understatement.  These two patients had already had their cancer progress despite treatment of every kind of therapy then available for prostate cancer.   Everyone was blown away by those two cases.”  The “before and after” images showed that widely metastatic cancer had melted away from the pelvis, ribs, spine, liver and brain.  PSAs that were in the hundreds in one man, and thousands in the other, became undetectable.

Those ligands became readily available in Germany, Austria, Australia, India, South Africa, and “other countries that have more liberal regulatory policies than the U.S.,” Bander says.  “It was just an onslaught of publications, all showing excellent results.  That’s what really flipped the switch and got Big Pharma interested; among them, Novartis and Bayer.”

At the June 2021 meeting of the American Society of Clinical Oncology (ASCO), results from the Phase 3 trial of LuPSMA (Lu177), run by Novartis, confirmed a significant delay in tumor progression and improved survival in men with metastatic castrate-resistant prostate cancer.

Note:  If you are seeing this as a solo story, click here for more.

Backstory: The Road to PSMA-Targeting Radionuclides

PSMA-Targeting Radionuclides:  Serious Side Effects, and Navigating a Safe...
Scroll to top