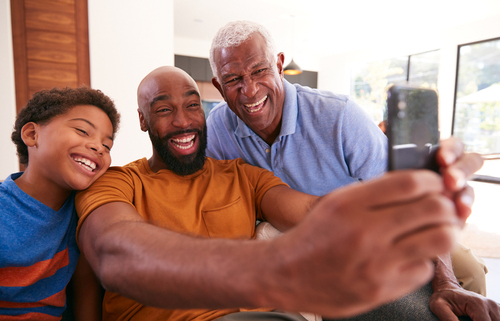 Prostate MRI is on the upswing in cancer diagnosis.  Should it play a role in screening, too?

Many men with suspected prostate cancer are getting MRI, because the information it provides is so good:  MRI can show the size and location of tumors and guide a personalized, targeted biopsy aimed at suspicious areas – instead of a best-guess biopsy that tries to sample tissue from each part of the prostate.

Traditionally, if a man’s doctor suspects he has prostate cancer, the next step has been a biopsy.  But that’s changing:  Today, ideally, the next step should be an MRI, says radiologist Peter Choyke, M.D., Senior Investigator and Director of the National Cancer Institute’s Molecular Imaging Branch.  And even more ideally, maybe MRI should be part of regular screening.  I recently interviewed Choyke for the Prostate Cancer Foundation’s website.

“Prostate cancer is not one disease: it’s a broad spectrum ranging from cancer that is slow-growing, indolent and probably will never bother the man, to cancer that is very aggressive, as bad as pancreatic cancer in its severity,” Choyke explains. “It’s important to pick out who has that really aggressive type, and who has the indolent type.”  In large, multicenter studies in the United Kingdom, prostate MRI is part of regular screening.  If the MRI is negative, “men go back in the screening pool and are monitored with regular PSA tests.  If the PSA goes up, they repeat the MRI,” and undergo biopsy only if anything suspicious shows up on the MRI.  “The virtue of this approach is that in the UK, almost one-third of men avoid biopsy, which is very significant.  If you don’t do the biopsy, you don’t detect incidental Gleason 6 disease,” which does not always require treatment. “But in the U.S., biopsies continue to be done even when the MRI is normal or equivocal.”

Do higher-risk men need MRI sooner than others?  Choyke is investigating this question in studies of targeted populations, including men with a family history of prostate cancer, men of African descent, and men identified with “genetic predispositions to prostate cancer,” he says.  “We’re doing a study now of men who come from families with known genetic abnormalities that predispose to cancer.”  Eligible for the study are men without prostate cancer, ages 30 to 70, who have tested positive for mutations in one or more of these genes:  BRCA1, BRCA2, HOXB13, ATM, NBN, TP53, MLH1, MSH2, MSH6, PMS2, EPCAM, CHEK2, PALB2, RAD51D, and FANCA.

Already, Choyke says, “We are finding cancers in younger men from those families.”  This is important:  Many family doctors don’t recommend prostate cancer screening until men are in their fifties.  Men at higher risk should start screening earlier, in their early forties.  Men with a family history of prostate cancer, or of other types of cancer (such as colon, breast, or ovarian) tend to develop prostate cancer at a younger age.  Some men can develop prostate cancer in their thirties and even younger.  MRI, Choyke hopes, may one day play a role in diagnosing higher-risk men sooner.  “It may be that if you have one of these predisposing genetic conditions, you would get an early MRI, way earlier than it’s now recommended and catch the disease at a curable state,” as part of a precision medicine approach to screening and diagnosis.

Also at higher risk of developing prostate cancer at an earlier age are men of African descent.  “African American men have a greater predisposition to prostate cancer, and are much more likely to die of it,” says Choyke.  “Many of these men live in medically underserved communities, so this is a population I would think well worth targeting for MRI.”

What if you want an MRI but your insurance won’t pay for it?  “We see this problem all the time,” says Choyke.  His advice:  get your urologist to help!  For many doctors in the U.S., trying to get past an insurance company gatekeeper is a daily occurrence – which means, you’re not the first person this has happened to.  Your doctor is used to it, and may be able to cut through the bureaucracy.  Here’s a battle plan suggested by Choyke:  “First, discuss the need for MRI with your urologist and make sure you’re on the same page.”  Then, if your urologist agrees that an MRI would be beneficial, team up:  “The patient and urologist working together have a better shot at convincing the insurance company than either alone.”

Another issue: prostate MRI is not available everywhere.  “MRI scanners are difficult enough to access, and centers with expertise in prostate MRI are even less common.”  You may need to travel to a bigger medical center in another city.  Even if you’re in a major city, this doesn’t guarantee easy access, Choyke adds:  “I know of patients and urologists in Washington, D.C., who can’t get MRIs.  We will be conducting a study with patients from underserved parts of Washington to determine if we can make earlier diagnoses and have better outcomes.  If we can show that patients in this community benefit – and I think they will! – then maybe those communities can argue for more resources based on data.  In contrast, in the UK, every patient gets an MRI, no questions asked, because of their more socialized system of medical care.”

This is part 2 of 3 stories on MRI, precision cancer screening, and MRI’s potential use in treatment.

PSMA-Targeted Treatment:  Why Side Effects Matter