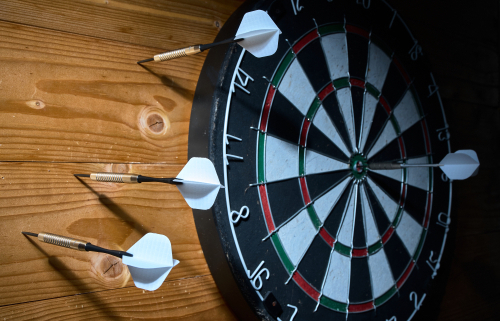 Can MRI really make a difference in diagnosing prostate cancer?  Just ask Rob Gray.  It took nine years for his cancer to be diagnosed.  He felt like a human pincushion after going through numerous tests, exams, and five prostate biopsies – some of them saturation biopsies (each involving 20 or more needle samples!).  Doctors couldn’t find cancer, but they couldn’t rule it out, either.  The inconclusive “TRUS” (transrectal ultrasound) biopsies took their toll, as well: scar tissue developed in his prostate, making cancer even more difficult to detect with TRUS.   Rob is firmly convinced that, had it not been for an MRI-guided fusion biopsy, his cancer, which turned out to be Gleason 3 + 4, still might not have been found.  Today he is cancer-free.

Out with the “Hit-or-Miss” Biopsy!

With TRUS, unfortunately, Rob’s story is all too common, says radiologist Peter Choyke, M.D., Senior Investigator and Director of the National Cancer Institute’s Molecular Imaging Branch, and a pioneer in the rapidly evolving use of MRI to evaluate prostate cancer.  He is at the top of the MRI-prostate cancer field, and I was privileged to interview him recently for the Prostate Cancer Foundation’s website.

Why have so many men, like Rob, endured multiple inconclusive biopsies?  Choyke explains: “Let’s look at what until very recently was state of the art: 12 biopsies performed by the urologist under TRUS, six on one side and six on the other.  It really wasn’t targeted to anything in particular.”  The basic biopsy sampled the upper, mid and lower part of each side of the prostate (this, by the way, was an improvement over the old biopsies of 20 years ago, which took only six samples!).  Even with 12 samples, “there are a lot of opportunities to miss lesions.  And, because urologists don’t want to injure the urethra, which is in the center of the prostate, they tend to put the needles more towards the back of the gland, so the front part of the gland was relatively unsampled in a traditional TRUS biopsy.”

In other words, the traditional biopsy is largely hit or miss.  “Once we started doing MRIs,” says Choyke, “we realized that a lot of tumors are above where the needles usually went in; in fact, those lesions are more amenable to transperineal biopsy.  That was important in helping us detect the cancers in men who had multiple negative TRUS-guided biopsies.”

A targeted biopsy – done with TRUS, but using the MRI as a roadmap – can direct the needle to specific areas that look suspicious.  “Also, once you have the MRI, you realize how big the lesion is.  With TRUS, you just had a specimen that was positive.  You didn’t know if it came from a 3mm- or a 5 cm-sized lesion!  It was just ‘positive.’  Now with MRI, we have a much better feel: is this a big lesion, has it been there a long time, has it grown outside the prostate, possibly to the lymph nodes?  Are the seminal vesicles involved, is the bladder involved?  There’s a lot of anatomy that you can get from the MRI that you just don’t get from the biopsy information.  Was the needle in the center of the lesion, or the periphery – or did it biopsy something completely different than the main lesion?  Is this cancer caught very early, so it’s hard to see, or is it large and obvious?  That influences the discussion of treatment options, and allows the patient to make a much more informed decision.  With MRI, you’re way far ahead of the game.”

And this is why Choyke believes that “in the best of all possible worlds, every man with suspected prostate cancer would get an MRI.”  MRI is of even more benefit, he adds, as a man’s PSA rises.  “We did a study where we compared men with a PSA less than 5 with men with a PSA greater than 5.”  For men with a lower PSA, “the advantage of MRI was much smaller compared to a traditional TRUS biopsy.  But for those with PSA greater than 5, it was clearly superior to have an MRI.”

That said, there are some qualifiers:  Not every insurance policy pays for MRI, and good-quality MRI is not universally available.  The power of the MRI machine itself used to matter more, with 3 Tesla strength preferred.  But today, the major determinants are, “how old is the MRI unit, and is there a radiologist who is focused on prostate MRI, who has been to courses learning how to interpret it properly?  Or, is the radiologist a generalist without specific expertise?”  If you’re paying for part or all of the cost out-of-pocket, Choyke notes, “these scans are very expensive.  I don’t think it’s unreasonable to ask good questions.”

Another bonus to today’s prostate MRI:  With more sophisticated machines, very few men require the endorectal coil, a latex-covered probe, inserted in the rectum, that helped provide better-quality images of the prostate with earlier-generation equipment.  “We advocated for endorectal coils universally five years ago; but once we bought a new scanner, we now reserve coils for cases in which the patient’s already been treated and we’re looking for recurrent disease in the pelvis, which can be very subtle.”  With the recent approval of 18F DCFPyl PSMA-PET, which uses a highly specific molecular tracer to find prostate cancer cells anywhere in the body, “we’re using the coil less and less.  That’s associated with lower cost, better patient appreciation, and faster scans.  Nobody regrets to see the passing of the endorectal coil.”

This is part 1 of 3 stories on MRI, precision cancer screening, and MRI’s potential use in treatment.

Do You Need Prostate MRI?