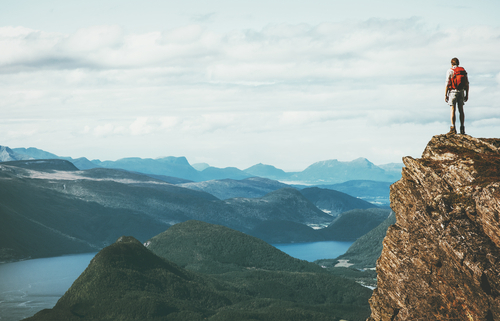 We have talked a lot about the amazing results in some men with metastatic prostate cancer of PSMA-targeting radionuclides, being used in Europe, Australia, and elsewhere, but still in clinical trials here in the U.S.  Now, I’m all for moving drugs right along, damn the torpedoes, and giving anyone who wants to take the risk a chance to beat a terrible disease.  But there’s a good reason that the U.S. is taking this cautiously:  because some of these PSMA-targeting treatments – not all – can harm the salivary glands and tear ducts.  When these treatments become FDA-approved in this country, I believe the side effects will not be so severe.  Scientists like Neil Bander and Martin Pomper are developing agents that have much milder side effects.

The whole time I’ve been writing about PSMA, I have been thinking of Nathan (I changed his name to protect his privacy), a remarkable, tough and courageous man I interviewed in 2018.  He is one of the pioneer patients of PSMA-targeting treatment.  I want to tell you his story now.

On a dark day in 2013, Nathan was diagnosed at age 57, with stage 4 prostate cancer that had spread to his lymph nodes, his spine and hip.   His cancer was very aggressive: Gleason 9.  The prognosis was grim, and Nathan had a choice to make:  do what his initial urologist suggested, start on androgen deprivation therapy (ADT), hope it works for a long time and wait until the cancer gets worse, or go into “high-gear mode.”  He chose option B.  “If I have an aggressive cancer, I want to deal with it aggressively.”

So, in addition to starting on ADT and an androgen receptor blocker, abiraterone (Zytiga), plus prednisone – a combination that is now FDA-approved, but was about five years ahead of its time in 2013 – Nathan underwent a radical prostatectomy.  The surgery did not cure him, but eliminating the primary tumor dealt the cancer a severe blow and bought him more time.  “The plan all along was, kick the can down the road until science can catch up,” he says.  He assembled a team of doctors who had the same philosophy.

Next, Nathan got radiation:  high-intensity radiation to the spots of cancer in his spine, followed by 40 radiation treatments over two months to his pelvis and prostate bed.  Despite a change to a different androgen receptor blocker, enzalutamide (Xtandi), his cancer picked up steam.   Soon, his PSA was doubling every three weeks.  A PET scan showed new metastases, including a big one in his elbow.  In 2016, Nathan learned about the PSMA-targeted radionuclide treatment being done in Heidelberg, Germany.  He talked to his oncologist, who expressed concern about the side effects.  Nathan decided to go to Heidelberg.

The most worrisome side effect of this treatment was damage to the salivary gland.  As it turns out, PSMA doesn’t quite live up to its name; it is not entirely “prostate-specific.”  This molecule normally exists in small amounts in the salivary glands and a few other places of the body.  The drugs that target the PSMA-containing cancer cells don’t know the difference, and they can kill or damage these normal cells, too; there is also a risk of kidney toxicity.  “The salivary gland problem happens right away,” Nathan says.  “But the treatment also works right away.  They give you an infusion and the cancer cells are dying within hours.”

Despite the risks and the unknowns, Nathan wanted to go ahead – sooner, rather than later.  “I knew they had done this treatment on no more than 30 to 40 patients.  But I also didn’t want to get to a point where I was going to be in bad shape,” before the cancer burden grew bigger and began causing pain, “and then get the treatment.”

Before he could undergo the treatment in Germany, Nathan had to have a PSMA-PET scan.  “My body lit up like a Christmas tree with PSMA-PET: it showed cancer in my ribs, sternum, manubrium, scapulas, upper extremities, femur, and numerous places on my spine.”

Nathan weighed the risks of side effects against the possibility of getting a true remission of his cancer.  The hope of remission won.

What’s it like?  The treatment itself is given by infusion and only takes 10 minutes – and in 10 minutes, prostate cancer cells throughout Nathan’s body started to die.  Before and after his treatment, he drank “tremendous amounts of electrolyte fluids,” to minimize the risk of kidney damage:  “The more you drink, the more you can flush out the radioactive materials.” Nathan was given ice packs to put around his neck to help protect the salivary glands.  He was supposed to use them for six hours; he kept icing his neck for 12 hours, and also drank as much water as he could.  “I think in those two days, I drank between 10 and 12 liters of electrolyte water.

“This treatment was only approved by the German government on a humanitarian basis,” he notes, “basically, to treat people in extensive pain, who were far along in the disease, and who didn’t have much time to live.”  Nathan was the only man on the ward who was not taking morphine.  “One guy came in in a wheelchair, in bad shape.  He got discharged before me.  He walked out – didn’t use the wheelchair.  That’s how quickly it alleviated his pain and was killing the cancer cells.”  The man in the next room had an exceptional response, as well:  “He was from the Netherlands.  He told me he came in when his PSA was 964, got his first treatment, and his PSA went down to 11, then his second treatment was two months later, and his PSA was down to 3.5, and now he was there for his third treatment.”

Two weeks later, when Nathan went to see his oncologist back in New York, his PSA was undetectable.  A second treatment was scheduled.  “I was already experiencing significant salivary gland problems,” Nathan says, “and we thought he might reduce the dosage.”  However, he doesn’t know whether the dosage was reduced for the second round.

Enzalutamide may have helped make the treatment more effective:  some studies have suggested that enzalutamide enhances PSMA.  Otherwise, Nathan wasn’t sure how helpful it was.  Six months after his second treatment in Germany, he asked his doctor: “What do you think about me getting off enzalutamide, and staying on Lupron?  He said, ‘I don’t know if it ever really worked on you; it only lowered the PSA for a few weeks.’”  So Nathan tapered off, then stopped taking it altogether – which led him to another milestone:  “I said, ‘So, am I still castrate-resistant?”  His doctor told him, “’From a scientific standpoint, once you’re castrate-resistant, that’s it.  They don’t change that.’  But I don’t think they’ve ever come across a situation where people start dialing back their medicines.”

“Not for the Faint of Heart”

About a year after the treatment in Germany, Nathan got a PET scan.  “There was no evidence of cancer, which is great news,” he says.  However, “they said I had a compression fracture in my spine.”  Previously, when he had the high-dose radiation to his spine, he asked about side effects.  The radiation oncologist told him, “In rare cases, people can get compression fractures.  Don’t jump out of any planes.”  But back then, this was a new treatment, and there was no long-term follow-up.  To treat the fracture, he underwent a procedure called kyphoplasty, done by an interventional radiologist.  It involves a balloon – like angioplasty – that restores space in the collapsed vertebra, which then is filled in with glue and cement to restore the bone and relieve pain.

In 2018, Nathan got another PSMA-PET scan at Weill Cornell.  “Thankfully, I was PSMA negative.”  But Nathan cautions that the radionuclide treatment he received is “not for the faint of heart.”  The loss of salivary gland function “has not been pleasant.  It encompasses many things.  I can swallow, and I can taste, but I get a tremendous amount of dry mouth.”  A CT scan showed esophagitis – inflammation of his esophagus from lack of salivation, and thyroiditis.  “I have to constantly keep lubrication going.  It has gotten slightly better, and they told me it’s possible that if the treatment didn’t burn off all my salivary glands and there were some cells left, they could possibly regenerate, but it would take a long time.   I think I’ve gotten about 20 percent back over the two years.”  Nathan uses gels in his mouth every night.  “Otherwise, I wake up choking.”  He also uses prescription toothpaste and extra fluoride to protect the enamel on his teeth.

He is trying to limit scans that will subject his body to more radiation (MRI, for example, has no radiation; CT does).  “Over the last couple months, my creatine level (reflecting kidney function) has slowly increased.   It’s not out of the range of normal, but at the high end.  I’m conscious that these radioligand therapies can produce kidney damage.”

“It’s an amazing age we’re living in,” Nathan says.  “I’m happy to be here, grateful that I was able to kick the can long enough to have gotten this treatment.”  Whenever he sees his oncologist, the conversation ends with the doctor saying, “Grow old.”  And Nathan says:  “I plan to.”

Note:  If you are seeing this as a solo story, click here for more.

PSMA-Targeting Radionuclides:  Serious Side Effects, and Navigating a Safe...

Do You Need Prostate MRI?
Scroll to top