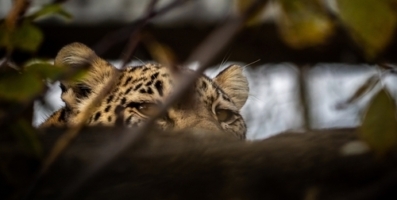 My goal in writing about prostate cancer is to offer reassurance and hope, and also a nudge or two when it’s time to take action.  I have been very excited in past posts to write about the broader window of curability for oligometastasis,  catching cancer when it first escapes the prostate and is big enough to be seen on conventional imaging.  Now, with PSMA-PET imaging, at the first sign of a rising PSA after treatment, men can see where renegade cancer may be hiding when it’s too small to be picked up by other imaging, and seek further treatment sooner than ever, still hoping for a cure.  But maybe we can be even more proactive, which brings us to the work of National Cancer Institute medical oncologist Fatima Karzai, M.D.  I interviewed her recently for the Prostate Cancer Foundation.

What does it take to make sure high-risk localized prostate cancer never comes back?  A new Phase II clinical trial aims to find out, and it is noteworthy in two ways:  One, as Karzai, the study’s principal investigator, puts it, “We’re being aggressive.”  And two, with the help of PSMA-PET imaging, the investigators can observe the effects of anti-cancer medications – three powerful forms of hormonal therapy, in addition to surgery – on the cancer in real time.

Three steps further than surgery:  This is a no-holds-barred, all-out attack on localized prostate cancer that has the potential to be aggressive and to recur after treatment.

Karzai and colleagues are taking high-risk cancer – even though it’s localized – very seriously, and rightly so:  more than half of patients diagnosed with high-risk prostate cancer have a recurrence, sometimes years later, and more than 20 percent of men with high-risk prostate cancer die of their disease within 15 years.  Note:  these numbers have not yet caught up with the use of PSMA-PET scanning, which many doctors believe is a game-changer.

What will a short-course of triple hormone therapy do?  The researchers hope this systemic (throughout the body) treatment before surgery will strike any stray cancer cells while they are most vulnerable, and reduce the risk of full-blown metastases.   A similar trial showed promising results after more than three years of follow- up.

The trial is still recruiting patients.  So far, Karzai says, the average participants are in their mid-60s, with Gleason scores of 8 or 9, but the trial is open to men of any age with high-risk or even intermediate-risk prostate cancer that has not spread to other parts of the body (up to stage N1 cancer) who are planning to be treated with prostatectomy.

For six months before surgery, men in the trial undergo “intense androgen deprivation therapy,” says Karzai, who serves as Clinic Chief and Inpatient Director of the Genitourinary Malignancies Branch of the Center for Cancer Research at the National Cancer Institute.  This includes: Goserelin (Zoladex),which shuts down testosterone, and two drugs that target the androgen receptor:  abiraterone (given with prednisone), and enzalutamide.  “We’re really driving down the male hormones as low as we can.”  The cancer is imaged with MRI and serial PSMA-PET scans – before treatment, two months after starting treatment, and again before surgery – and patients may be asked to undergo an additional prostate biopsy two months into the study.

During the six months, “we see the PSA levels become very low or undetectable,” says Karzai.  She and colleagues are also looking for corresponding changes in the tissue (in biopsy samples and in the prostate tissue itself after surgery), studying genetic mutations in the cancer and – for the first time – observing how the effects of intense hormonal therapy are manifested on PSMA-PET imaging.  “We are seeing some patients who are exquisitely sensitive to androgen deprivation, and some who aren’t; the difference really has to do with the unique biology of their cancer.”  On PSMA-PET, “usually what we see is that the area that lights up becomes less.  In some patients with disease that’s pretty aggressive, it won’t go away completely in six months,” but it does diminish.  “We’re not looking to cure them completely with this treatment, but to get them to the surgery,” and to maximize their chances of cure.

One goal of the study is to learn how to incorporate PSMA-PET scans into the treatment of men diagnosed with high-risk prostate cancer.  “Right now, these men don’t routinely get PSMA-PET scans.  We’re also trying to see, up front, if you do more androgen suppression, what does that mean for the overall outcome?”  Is it possible to hit aggressive cancer hard enough at the localized state to keep it from coming back?  “We’ll follow these patients for a long time.”

For more information about this study, please contact the study’s research nurse, Katherine O. Lee-Wisdom, R.N. at (240) 858-3525, or email: katherine.lee-wisdom@nih.gov.