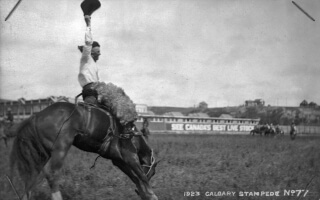 A broken heart.  Shoveling snow.   Being a weekend warrior.   Eating like a pig, no offense to pigs.  What do these things have in common?  They all have the potential to cause a heart attack.  They could kill you.

“But wait!” you may say.  “I exercise.  I have a good diet.  Gosh darn it, I’m heart-healthy!”  And that, with the use of prescription medicines, if you need them, is the best way to take care of your heart, says cardiologist Curtis Rimmerman, M.D., of the Cleveland Clinic, who also contributes to a blog called Health Essentials for that institution.

But even so, he adds, there are some things that can trigger a heart attack.  All of them relate to sudden stress on the heart.  He categorizes them as the four “Es” – Exertion, Exposure to cold, Emotion, and (over) Eating.  (Shoveling snow could fit into three of these four categories, by the way; four if you also actively hate it as you lift each heavy shovelful.)

Sudden or overexertion.  The thing about exercise is, you need to ease your way into it.  Aerobic exercise means your heart works harder, causing you to take in more oxygen.  It is important, Rimmerman says, not just to hurl yourself into an activity that will leave you gasping for breath and have your heart working overtime.  Slowly build up your strength and endurance.  Some bad examples:  Playing a vigorous game of basketball or football if you’re not used to it.  Deciding, since you used to bench-press 150 pounds in your twenties, that this is a good weight for you to start with now that you’ve got that new gym membership, and forcing yourself to do it.  Spending your weekend doing heavy lifting of furniture or books or anything, if you haven’t done hard physical labor in years.  Sudden heart stress has even been known to happen after too much exertion in the bedroom.   And again there’s the classic example:  Shoveling snow. Cold Weather.  When it’s cold, your arteries constrict.  This raises your blood pressure.  Add intense physical activity, and your heart could feel the strain doubly.   Every year, Rimmerman says, more than 11,000 people go the hospital with problems related to snow-shoveling.  Most are orthopedic issues – oh, my aching back! – but 7 percent are cardiac, and many of those cardiac events are heart attacks.

Extreme emotions.  Maybe it’s a sudden, fierce surge of happiness; maybe it’s acute grief.  Both extremes, happiness, and sadness, can affect the heart’s electrical impulses, and both can set off a heart attack.  Rimmerman explains that this is because of the body’s “involuntary and sudden increase in heart rate and blood pressure brought on by a surprising event.”  Have you ever heard of someone dying, and then very soon afterward, someone close to that person has a heart attack or dies, as well?  The risk of having a heart attack is greatest within the first 24 hours after a loved one dies, but it remains higher than normal for a month, Rimmerman says.

A subset of this is would be a category called “having a short fuse:” A 2002 Johns Hopkins study of more than 1,000 physicians, published in the Archives of Internal Medicine, found that young men whose knee-jerk response to stress is anger have three times the normal risk of developing premature heart disease.  In the study, such men – whether they vented their anger or bottled it up – were five times more likely than calmer men to have an early heart attack, even if they didn’t have a family history of heart disease.  Their short fuse was the risk factor.   “In this study, hot tempers predicted disease long before other traditional risk factors, like diabetes and hypertension, became apparent,” reported Patricia Chang, M.D., lead author of the study.  “The most important thing angry young men can do is get professional help to manage their tempers, especially since previous studies have shown that those who already have heart disease get better with anger management.” Eating a huge meal.   A Harvard-led study at the 2000 American Heart Association’s Scientific Sessions found that eating an unusually heavy meal can increase the risk of a heart attack by about four times within two hours after eating. That was the first time that this, by itself, had been proven as a risk factor.  “We hope that the results of our study will help convince people to be more cautious about eating exceptionally heavy meals, especially for people who have coronary artery disease or have suffered a previous heart attack,” said the study’s lead author, Francisco Lopez-Jiminez, M.D.  The investigators asked nearly 2,000 men and women about what they had eaten just before their heart attacks.  Of these, 158 said they had eaten a heavy meal within 26 hours before the heart attack, and 25 had eaten a big meal within two hours before the heart attack.

When you stuff yourself and your body begins the task of digesting what you just put into it, it releases many chemicals, such as norepinephrine, into the bloodstream.  This can cause your heart rate and blood pressure to rise.  Your heart works harder.  Higher blood pressure can act as a power-wash of your arteries, causing chunks, or plaques, of cholesterol to break loose and to form a clot.  This, in turn, can block a blood vessel, cutting off blood flow to the heart – triggering a heart attack or stroke.

In addition to too much food, too much alcohol, drugs, or even caffeine also can trigger a heart attack in people who already have some heart disease.  Here’s a sad example:  In 2013, “Sopranos” star James Gandolfini died at age 51 after eating a decadent meal, including a lot of foie gras and two big orders of fried prawns with  mayonnaise chili sauce.  He washed it down with four shots of rum, two Pina Coladas, and two beers.   A few hours later, he had a massive heart attack.

The lesson here?  You can’t help some things, like excessive grief.  But what you can do is try to start off with as clean a slate as possible.   Eat some stuff that’s not fried, not covered in cheese, not fatty, and not bad for you.  Eat some fruits and vegetables.  Try to exercise regularly; you don’t have to climb mountains or run marathons – start by walking.  Walking is good.  Don’t drink a lot of alcohol all at once.  Remember, moderation in all things.  And if you have a problem with anger or stress, get some help dealing with it.  Your heart will thank you.

Do the Laundry and Feel Less Gross, More Healthy

What You Eat and How You Feel
0 replies